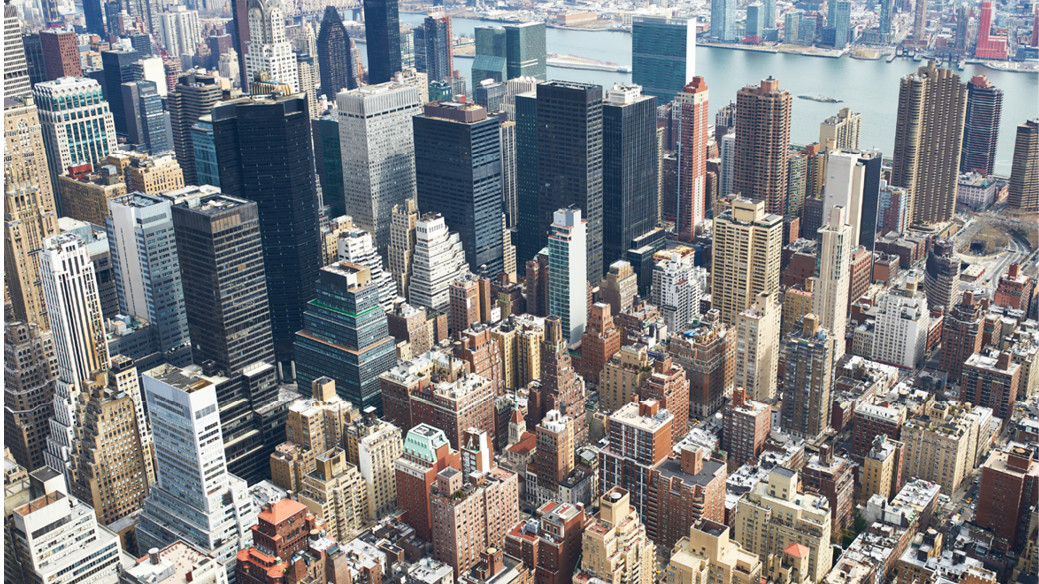 The 20th of November 2015 was, to put it mildly, an exciting day for ABN Amro. The bank made its highly awaited return on the stock exchange after being nationalized in October 2008. CEO Gerrit Zalm is satisfied and calls it a good start for the Bank and a good start is something that the bank can definitely use after the darker days it has been going through for the last couple of years. Like almost all other financial institutions, the bank experienced chaotic periods due to the credit crisis. The bank’s performance was in such a downward spiral that a failure of the bank became a likely scenario as the days passed. However, a failure of ABN Amro would have had devastating consequences for the Dutch economy and financial system considering the size of the bank and its operations. The bank is ‘too big to fail’ and the Dutch government was naturally aware of this and prepared the Bank for a bailout. How has the bank transformed during its seven years of being owned by the state? Is it able to operate in accordance with its current economic environment in a financially healthy manner?

You have probably read and heard all about this, but to freshen and structure everyone’s minds; a brief overview of ABN Amro’s relevant events concerning its nationalization and its return on the stock market:

In October 2007, the bank was acquired and then divided under the name of RFS Holdings by three large players in the banking world: Fortis, RBS and Banco Santander. Little did they know that this would be anything but a smart investment. The takeover required a sum of €71 billion, but RBS and Fortis quickly felt the severe consequences of the credit crisis. The takeover had depleted the reserves of both banks and you can guess what effect it had on the banks with the credit crisis right around the corner.  In 2008, Fortis announced that they would have to sell their share in RFS Holdings, and many savers sensed trouble and started to withdraw their savings. To prevent a failure of Fortis, the Dutch state nationalized the bank in October 2008, including its share in RFS Holdings. In April 2009, ABN Amro II was established and in July 2010 Fortis Bank and ABN AMRO bank merged into the ABN AMRO Bank. The Dutch state ended up spending €27.95 Billion on the bailout of ABN AMRO till its return on the stock market.

Is ABN able to operate in accordance with its current economic environment in a financially healthy manner?

The Bank transformed to a great extent since its nationalization. Before 2007 the bank was characterized as a multinational bank with great ambition of becoming one of the biggest banks. It was active in 54 countries, counted 4200 offices and its main focus was on increasing shareholder value. After October 2008, the bank radically reduced its scale of operations and it shifted its focus from shareholder value to the customer. It was no longer operating as a big business bank for mergers & acquisitions, but more as a regular bank for savings, loans and mortgages. Nowadays the bank is active in 21 countries and counts 375 offices. Despite its reduction in scale of operations, the bank is profitable again. Can we now conclude that the Bank’s risk of failing is minimized, or at least heavily reduced? The answer is simply no, and here’s why.

ABN AMRO returned to the stock exchange in order to raise equity capital by selling shares of stock to anonymous investors, investors who want to make a profit on these shares and demand a certain level of return on equity, preferably above 10%. The business climate of banks has changed a lot since the credit crisis, with more focus on lower-scale, lower-risk operations. The central bank of the Netherlands (De Nederlandsche Bank) has issued a document concerning financial stability, where it highly recommends banks to have realistic goals on return on equity, returns that fit within this changed business climate. However, of course, ABN AMRO wants to keep their shareholders satisfied and these shareholders encourage the bank to achieve a high return on equity. This could result in the bank holding the lowest amount of capital possible, which could result in volatile stock prices. Otherwise it could lead to risky activities to increase returns. When looking at the bank’s financial statements, we see that the objective for return on equity has not been adjusted according to recommendations of the Dutch banks ( DNB recommends 5%), but the results are nowhere near conform the changed business climate for banks and the recommendations by the Dutch bank. In the first three quarters of 2015, the bank achieved a return on equity 14.1%, 15.3% and 12.7%. 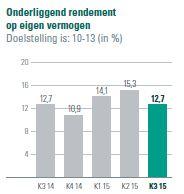 ABN AMRO is either taking high risks in order to increase returns, or working with a small amount of capital in order to satisfy its shareholders. Either way, the bank’s operations are not illustrating the smaller-scaled lower-risk bank it became during its time of nationalization. ABN AMRO naturally wants to satisfy its shareholders, who demand high return on equity. On top of that, a bankruptcy is not possible due to its stock listing, which would make the bank even less risk-averse. Only time will tell us if the bank’s strategy is a financially sustainable one, but over the last couple of days the stock price of the bank (and many other banks) started to decline rapidly.