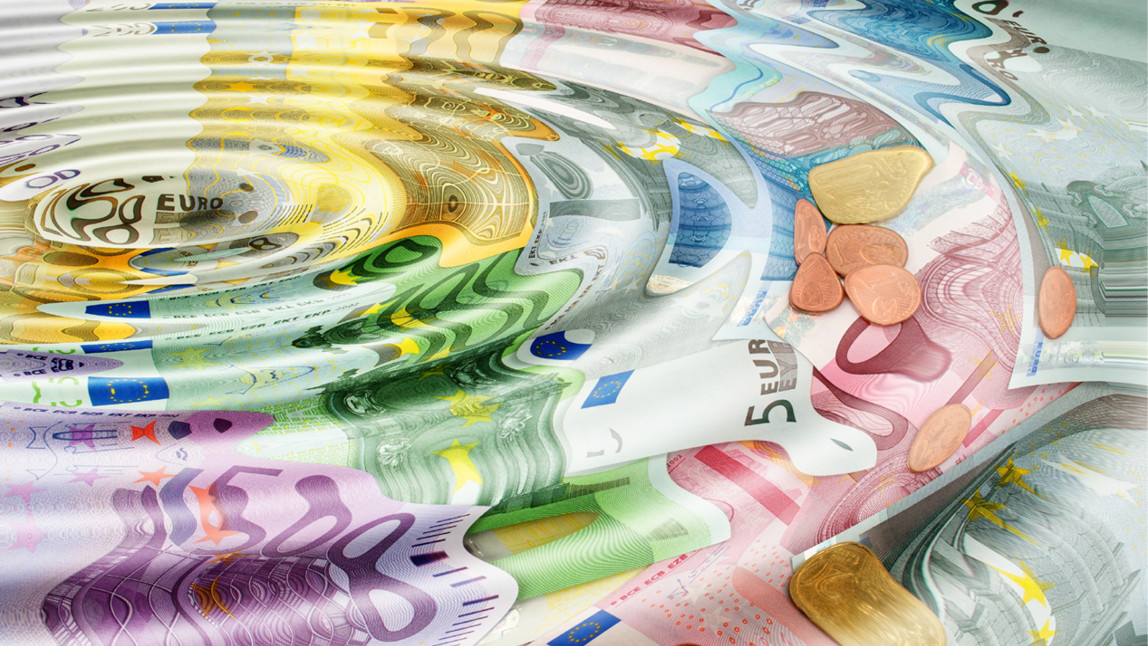 Lehman Brothers has become synonymous with the outbreak of the financial crisis that started in 2008. Much has been said and written about increased banking regulation, the sole purpose of which is to prevent another crisis from happening as cataclysmically. One large domino brick fell and took with it a series of financial institutions, disrupting the world. It is now eight years later and the world has recovered. Or has it? We might be at the brink of another crisis yet to unfold. This time, the culprit is located close to home.

Frankfurt-based Deutsche Bank is in dire straits at the moment. The stock price has plummeted in the last three years and recovery seems slow. In order to restore investor confidence, the bank has recently announced it will buy back $5.4 billion of its own debt. The reason behind it is clever: with low bond yields, the bank realizes a profit when it buys its own bond for a cheaper price than face value. It is debatable whether investors can be fooled by this trick, but share prices have risen shortly after the announcement. 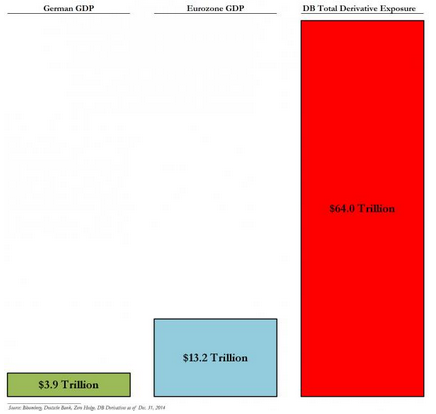 Although this is generally not regarded as a good sign, it is not the biggest cause for concern for Deutsche Bank. The total derivative exposure the bank has, is what could make it the next Lehman Brothers. With $64 trillion (!) exposure, the amount of derivative risk exposure is about five times higher than the entire Eurozone GDP. This in itself, again, is not a big problem. On one single condition: as a risk instrument, the system relies on the premise that no single party will default. When one party defaults – as was the case with Lehman Brothers – the whole system might collapse. Due to the incredibly large exposure, this could be the domino that sets in motion a chain of events that set the financial system in dire straits again. 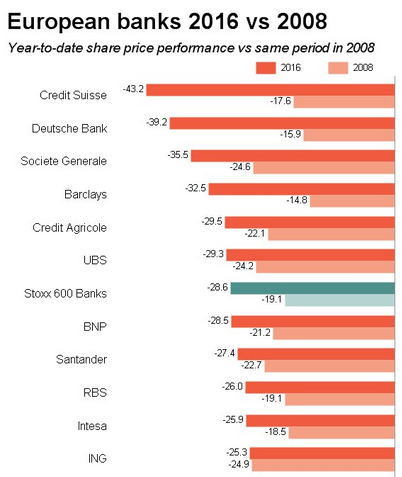 Of course, this is all speculative – just like the cause of the crisis in 2008 was the result of mere speculation. Maybe the Germans are but one exception to the rule. Are all other European banks not financially healthy? The answer to this rhetoric question is no. When we  take a look at the share price performance of European banks in 2016 vis-à-vis 2008, we see that many banks perform much worse. As a consequence of falling share prices and the above mentioned thinning bond yields, it is harder for banks to raise capital and thereby extend loans to the private sector. This conflicts with the European Central Bank’s policy of stimulating the economy, which could slow down growth.

All in all we observe a sluggish trend in the European banking world. It is hard to predict how the game of dominoes will unfold, since this is contingent on many interlocked variables – many of which were only observed thoroughly after the 2008 crisis happened, such as the CDO structure of sub-prime mortgages. Either way, history has taught us we should beware of the symptoms. The current situation is such a symptom. This time, we should prevent the patient (Deutsche Bank) gets ill and sets the domino effect into motion again.