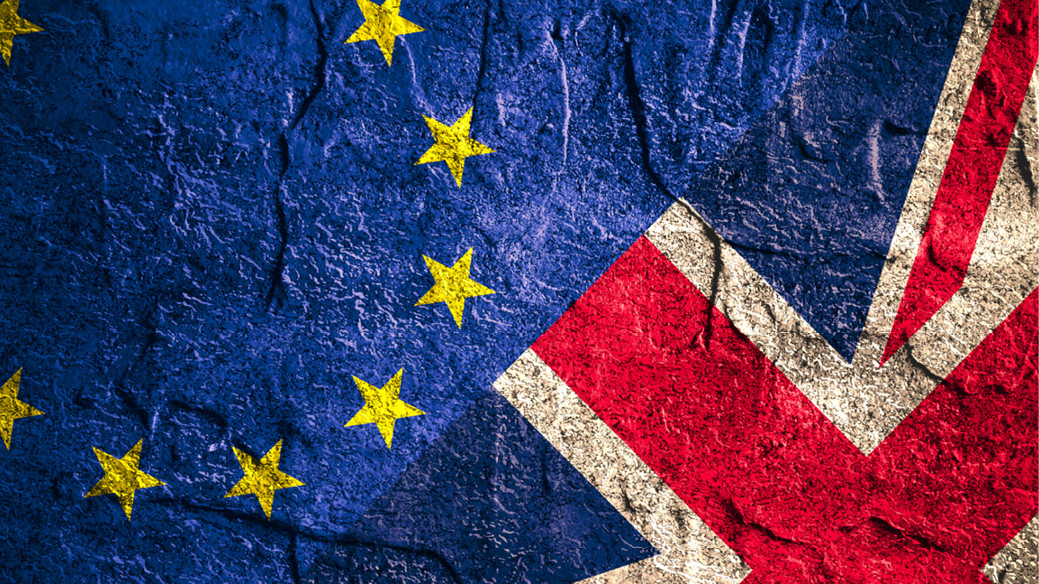 As migrants from Africa and the Middle East flood the European Union, igniting discussions in national governments about closing borders to refugees, pressure on the Schengen agreement increases. Greece cannot handle the inflow of migrants – partly because of their unfortunate geographic location, partly because Greece is still broke – and might get kicked-out of the Schengen area. At the same time, Poland has raised concerns in Brussels by passing a controversial media law, which gives the government a lot of control over the media. In the Netherlands, populist political parties – most notably Mr Wilders' freedom party (PVV) – call for leaving the Euro zone and closing the borders. With the abolishment of Schengen one of the European Union's fundamental building blocks; free movement of capital, goods, and people across borders is eroded. In short, the future of the European Union's is uncertain at best. Even more so now that the Brits are seriously considering abandoning the EU. Whether the European Union is 'too big to fail' is neigh impossible to predict. It is, however, possible to forecast what the so-called 'Brexit' would mean for the United Kingdom.

The Brexit could actually happen. How will the British economy be affected if it does?

Brexit?
Sometime this year – the official date has not been announced yet – the British electorate will cast their votes in an EU-referendum. The stakes for Great Britain (and Northern Ireland, for that matter) are high, as this vote will determine whether the UK will stay in or leave the European Union. Eurosceptic political parties, like Nigel Farage' United Kingdom Independence Party (UKIP), are fiercely campaigning for a 'no!'. Conservative prime minister David Cameron, on the other hand, is often found in Brussels trying to negotiate better terms for the UK and thereby trying to keep his nation aboard the EU (and his approval rating suffers because of this). Historically, the Brits have always been sceptic about their EU membership. However, this time is different: the Brexit could actually happen. How will the British economy be affected if it does?

Trade, the exchange rate, and international competitiveness
Let's first start by reviewing the perks of Britain's EU-membership. As a member of the EU, British firms can obtain better terms of trade when doing business abroad because of the European Union's market size. Furthermore, the UK is likely to attract more Foreign Direct Investment (FDI) from both non-EU and EU countries. The level of FDI from EU countries is higher because it is easier to conduct business with another EU-member state, MNEs from other EU members need less 'red tape', which is to say the whole process of investing in the UK is less bureaucratic and cumbersome.  It is also more attractive for, say, a large American MNE to set up a shop in Britain. Once the MNE has opened a subsidiary in the UK, it can start exporting to other EU countries without having to pay export tariffs. The only reason why Britain attracts such platform FDI is because it is an EU-member. Even if none of the products produced by the subsidiary are sold in the UK, the UK still benefits. The subsidiary pays taxes and creates jobs, after all. Of course, the lack of export tariffs is also beneficial to British firms who want to export to the continent.  As 45% of British exports go to the EU, this is rather important for the UK's economy.

The Brexit would make these advantages disappear. What will the Brits get in return? A weaker currency, for one thing. According to The Economist, the pound sterling has already started to fall, as uncertainty about the outcome of the EU referendum increases. When the UK breaks with the EU, the pound sterling – which already behaves as a commodity currency (more than it should) – will likely take a nosedive. The reason for this is that risk averse actors on the currency market, as a result of uncertainty about the future of the British economy, will be reluctant to hold pounds. When everyone wants to exchange pounds for € or $, its value will fall (making the pound temporarily even less desirable, causing the market to overshoot). Of course, the pound will recover in the long run. In the short run, however, the Brits will have to deal with a very different exchange rate than they are used to.

If a Brexit would have such adverse effects on the UK, why, then, are they even considering it? Well, because these effects might not occur. Proponents of leaving the EU argue that it would be possible for the UK to negotiate deals with the European Union about (low) tariffs and other trade related matters, whilst not being bound by EU laws. Moreover, it would provide Britain with the opportunity to negotiate trade deals with countries like China and the US without any EU intervention. Britain will not have to conform to European regulations anymore (giving it a significant amount of autonomy), and can stop financing the European Union (money that could be invested in, for example, education and infrastructure). Even a (temporarily) weak currency has advantages, as it boosts exports and – hence – strengthens Britain's international competitive position. International competition, however, is not a zero sum game. One nation's gain does not necessarily mean another nation loses. Quite the contrary: it is often the case that if one nation performs well, its trading partners start performing better too. Theoretically, in free trade everyone benefits. Besides, Britain's international competitive position is strange as it is. A weak pound would be good for firms exporting manufactures (and tourists). However, the primary source of the UK's economic success is London and particularly London's financial services sector. A weak exchange rate would not do much to boost their performance.

Britain's pending EU referendum is going to be a decisive moment in the European Union's history. A Brexit certainly has some advantages for Britain, but the benefits do not nearly outweigh the disadvantages. It is not inconceivable that voting 'leave' will push Britain back into a recession. What the British electorate will decide is hard to predict (as the anti-EU camp is gaining momentum), but that leaving the EU would be detrimental to the economy much less so.