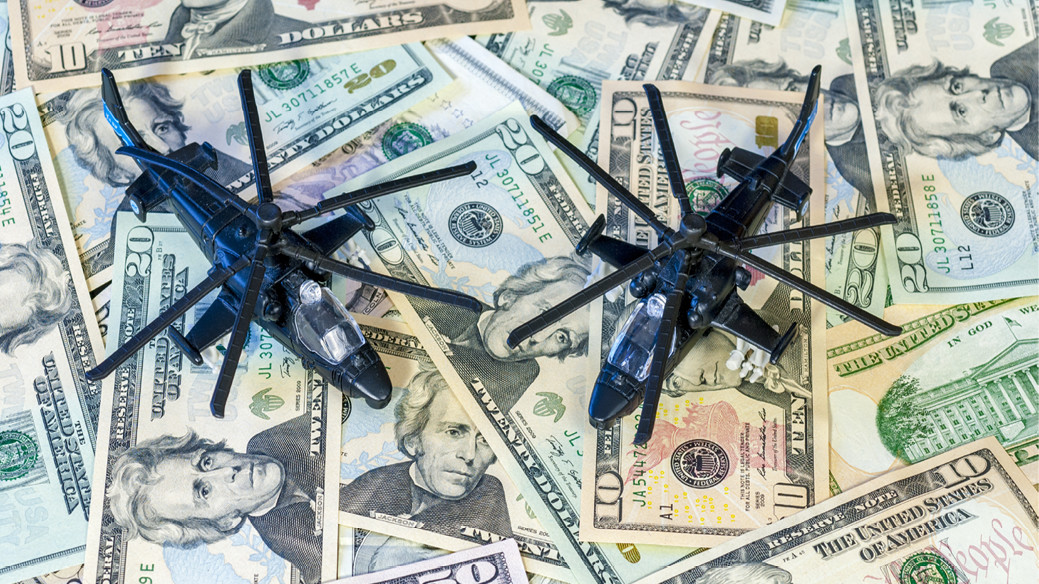 We all know the saying “money doesnt grow on trees”. I interpret it as stating if we had more money, then the expenditures we currently do not do would be justified. But what if money came easier than growing on trees, but rather fell from the sky? We would not even have to do the work of planting a money tree; we would just suddenly pick up cash and spend more. This is an actual economic stimulus option that has been floating around for decades. It is called helicopter money and is a form of fiscal policy created by Milton Friedman in 1969 in a paper called The Optimum Quantity of Money. The basic idea behind helicopter money is that an economy functioning below potential can increase the interest rate and output by giving everyone a direct money transfer. Theoretically, if people saw this as a permanent, but one-time, expansion of the money supply then they would begin to spend this cash more freely. In turn, economic activity expands and inflation is back to the central bank’s target rate. These direct transfers would come in the form of government spending, tax cuts, or payments to citizens and would be funded through printing money rather than borrowing or taxation.

"The ECB is running out of ammunition for making QE work in Europe. If Milton Friedman were around today he might advocate for helicopter money"

Helicopter money has gained supporters in the past years because of the rut the European economy has been in with low growth in GDP and low inflation rates despite the attempts the ECB has made to improve the economy with quantitative easing (QE) and going negative with interest rates. The ECB is running out of ammunition for making QE work in Europe. If Milton Friedman were around today he might advocate for helicopter money as he warned of the danger of assigning a larger responsibility to monetary policy than it can handle in his paper The Role of Monetary Policy. It is likely that we have given too large of a task to QE in Europe, as it has failed to get the economy churning again as hoped.

Helicopter money differs from QE in a few ways and this is where it becomes a viable alternative. QE relies on massive purchases of assets from financial markets, mostly asset swaps where bank reserves are exchanged for government bonds. The World Economic Forum points out that “while this alleviates reserve constraints in the banking sector and has lowered government borrowing costs, its transmission to the real economy has been indirect and underwhelming.” If helicopter money were to take place, direct transfers or monetary-financed tax cuts would offer a way of influencing aggregate demand directly rather than hoping for a “trickle-down effect” from financial markets. Furthermore, unlike QE, helicopter money does not rely on changes in interest rates or increased borrowing. The Economist sees this is an advantage of helicopter money, because it “reduces the risk that central banks help inflate new bubbles, and adds to their potency when crisis or uncertainty make the banking system unreliable.” Helicopter money can also keep consumers from thinking taxes will eventually increase to pay back the debt of the government, a problem experienced by fiscal stimulus financed by borrowing.

So what are the chances of helicopter money ever being used? Well, it has gained popularity in the past years, even being called a “very interesting concept” by President Mario Draghi of the ECB in March 2016. It was also advocated for by Ben Bernanke in 2002, when he spoke about monetary-financed tax-cuts in combination with open-market purchases by the Federal Reserve in order to increase consumption and prices while keeping interest rates low. Such a plan seems applicable given the current economic state. However a major problem of helicopter money is one that could keep it from ever being used. Willem Buiter, Global Chief Economist for CitiBank, has stated that “cooperation and coordination between the Central Bank and the Treasury is required for the real-world implementation of helicopter money drops.” This poses a major problem for the ECB, as it took a long time and a lot of difficulty to get the European governments to allow QE and the same could be expected for the case of implementing helicopter money. Not to mention printing money to fund tax cuts and spending could be so helpful, that the temptation to do it more than once would definitely exist. Nonetheless, with negative interest rates and little wiggle room for the ECB, it may be a good time to start working with the governments in order to have helicopter money as an option if the economy worsens.