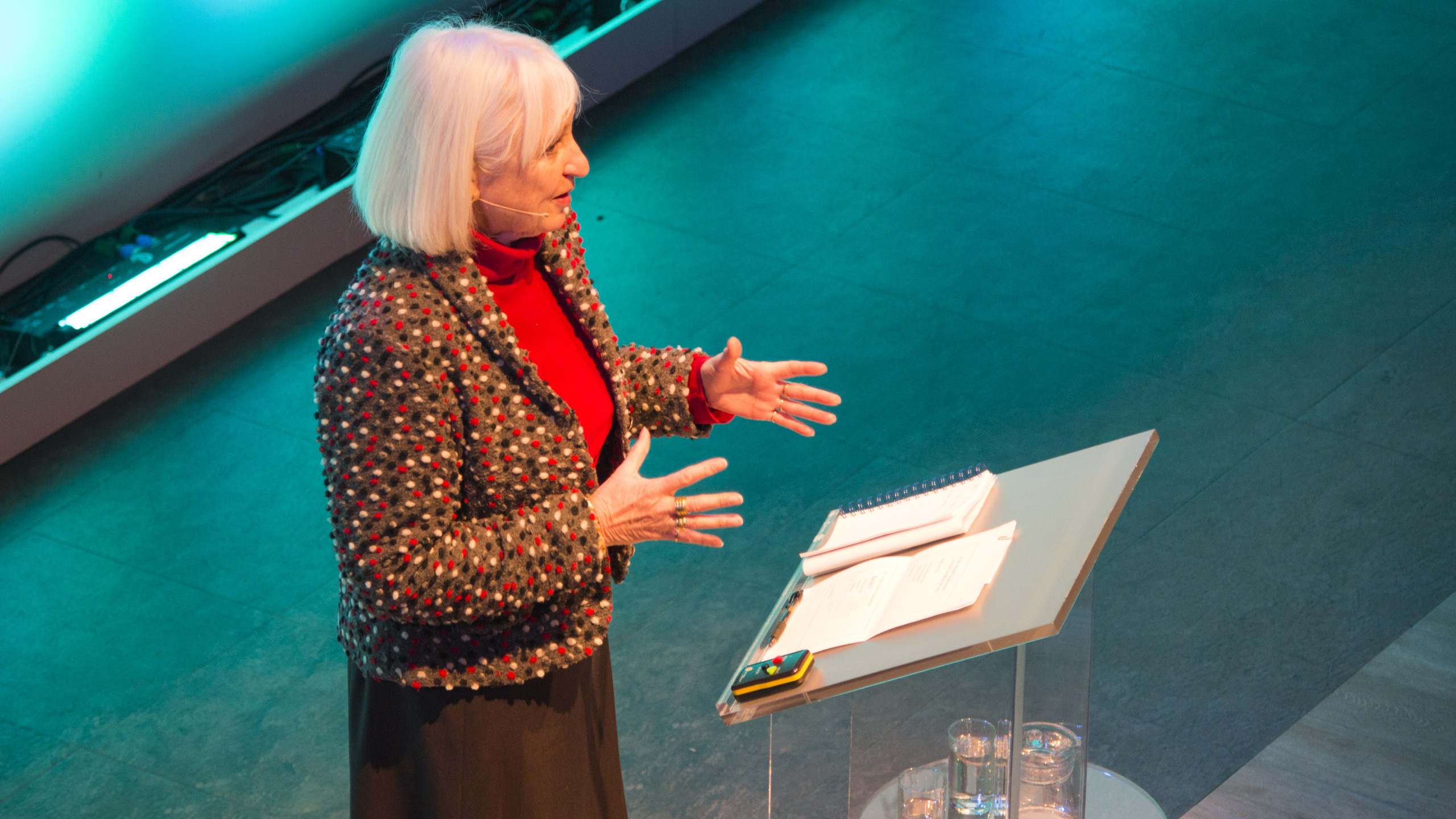 Welcome Trude Maas, could you please introduce yourself?
From an educational background I was trained as a linguist. That got me into my job as making examination measurements for education. More specifically, I was deputy director of CITO, the Central Institute for Examination  Development. From there on I moved to my next job in ICT at BSO (-Origin), which moved hands quite a while and is now owned by ATOS. I experienced there the rapid expansion of ICT firms, since when I started working there it had 1500 employees and when I left it were over 7000. From there on I never had full-time employment, I was having a portfolio of smaller jobs so to say. Meanwhile, I was also elected in the Dutch Senate. This combined with me being a woman and my experience in ICT made me a ‘special bird’. From there on I moved to several supervisory boards for certain MNE.

So could you explain your relationship with the financial sector?
That mainly stems from me serving as part of the supervisory board of ABN AMRO, in that time still one of the largest banks of the world. At ABN AMRO I was responsible for the ICT, a field that none of the other supervisors or directors ‘mastered’. For instance, there were major ‘outsourcing’ projects going on in the field of ICT, but since no one understood the essence of the projects, they were very reluctant in being critical. The person that I helped developing the presentations and reporting the progress of the projects eventually grew to be a highly successful person at RBS after the ABN AMRO split up.

In your view, what developments were there that led to the financial crisis?
There was a certain atmosphere that nothing is ever large or big enough, or ‘that the trees should grow to heaven’. That doesn’t only count for the financial sector, but other sectors as well. Just as an illustration, the managing board had their own private parking spots in the cellar and had a private elevator that went to the top floors. And imagine that in the United States, although we only knew that with hindsight, things were much worse. For me, coming from relatively flat ICT organisations, I basically felt like Alice in Wonderland. This mindset, or this atmosphere, is for me typical of how the financial sector moved in to the financial crisis.

There was a certain atmosphere that nothing is ever large or big enough, or ‘that the trees should grow to heaven’.

And moving onto a more political view, what was your view on the bailout of ABN AMRO?
At that moment we simply thought there was no other choice. I don’t even remember huge debates about it, all the politicians agreed with the plan. Even more interesting is that at that time, the society and politicians didn’t blame the bankers, that only came later. That also had to do with the banking sector being relatively ‘closed’. Much of the employees started their right after their education and only left when they retired. It was the only world they knew. This lack of openness made it difficult for the bankers to understand the problems and for society to judge the problems.

So how important is it to educate the general public about Finance?
Very important, since otherwise people just buy things that they do not understand. Not only in the literal form that they buy certain products with a loan, but also that they buy things from politics or banks that they don’t even understand. That’s also what we have the ‘Consumentenbond’ for, an organization that does research in the interests of the consumers. Even though you rarely read their magazine, it is still good that people take the effort in doing these things. It becomes even more important since I believe that with the technological advancement the consumer power is becoming larger and larger. To conclude, improving general education is simply important for the public to judge whether they believe certain statements, they need to be able to check the facts adequately.

What is important is that people need to dare to be different, dare to challenge the public consensus. Don’t immediately comply when you think things are different. A critical mind is a joy forever.

So are there any other lessons to be learned from the crisis? Whether it is for the individual, the banks or public institutions?
What we learned is that those years we were in a flow, all the fish were swimming in the same direction. What is important is that people need to dare to be different, dare to challenge the public consensus. Don’t immediately comply when you think things are different. A critical mind is a joy forever.

And were there people in the banking sector that dared to ask questions?
There were persons that asked questions, but in general they weren’t listened to. So not only asking questions is important, but also timing is of the essence. That comes with the fact that the right people need to ask the critical questions, the criticists need to have the credibility in order for the question to have an effect.

So do you have any closing remarks?
Yes, for the young students over there. Be aware that as soon as you choose your first job a certain part of the world closes before you. That said, don’t be afraid to change and to move elsewhere. Don’t be afraid to find your personal purpose in society.