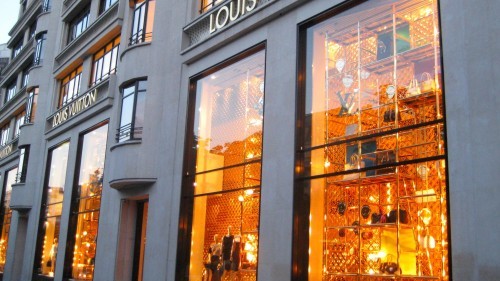 As college students with typically low budgets, many of us would not put a luxury handbag or a gold watch on our list of goods to buy. Yet in emerging countries where our college budgets would allow us to live a daily life quite comfortably in comparison to many residents, more residents have been known to indulge quite often in luxury goods. A trend has been common among emerging markets where luxury brands like Hermes, Louis Vuitton and Rolex have consistent successful sales numbers. So what is the reason that countries like Mexico, India and China have high luxury goods revenue?

Luxury retailers benefit from low duties, yet they cannot expect them to stay low.

A main reason is high economic growth over the past two decades. The rich are becoming richer and there is a growing upper-middle class as well. A higher disposable income for many consumers has driven them to indulge in luxuries. The Economist estimated that the number of luxury good consumers has tripled over the past two decades to a total of 330 million. According to Euromonitor, China is the fifth largest luxury goods market with luxury sales of 16.3 billion euros in 2014. Young adults under the age of 30 have been an important market for luxury stores as there has been a recent crackdown on gift giving between business officials by the Chinese government. Likewise, an aging Chinese population has threatened luxury retailers and they must court new young consumers. Luxury sales fell about 1 percent in China last year. This is not the case for other emerging markets however.

As for Latin America, about half of luxury sales in the region stem from Mexico. There is reason to believe that a sizeable portion of the sales come from tourists to the country. Import duties are very low in Mexico, allowing for “more affordable” luxury goods. The retailers have taken note to this trend and have surpassed selling through high end department stores and started opening individual stores in large cities throughout Mexico. Tourists coming from other countries in the Americas are drawn to the shopping as the prices undercut those back home.

Luxury retailers benefit from these low duties, yet they cannot expect them to stay low. Indonesia, Brazil and Argentina have all increased luxury taxes in recent years as a way to balance the export and import accounts. Emerging markets eventually reach a point where their growth will rely more on consumption of domestic goods. Raising import taxes on luxuries can help promote domestic goods. Additionally, emerging markets will begin to rely on themselves to satisfy that luxurious side. Brazil as an example boasts a land filled with many precious metals and jewels, along with a culture that can undoubtedly turn Brazil into a major fashion headquarters. In the future, emerging markets can become a main source of luxury goods.

Emerging markets which lack the infrastructure to offer retailers, such as Nigeria of Ghana, do not allow that to stop them from indulging in designer goods. The wealthy have taken it upon themselves to open stores that offer items like Swiss watches and Mont Blanc pens in the few malls the countries have. Another option is to travel to the exact sources of these goods. The Economist has reported that Africans outspent Americans at European luxury stores like Harrods in London.

So what encourages spending on luxury besides the price benefits and growing wealth of consumers? Essec Business School Professor Ashok Som says that emerging market consumers exhibit a symptom called “Release Phenomena”. This is where a long term restriction, in this case a lack of money, is removed and results in the urge to live exuberantly and experience the finer things in life such as luxury goods. Professor Som relates marketing and logo strategy to the phenomena because consumers learn to relate lavish items with the large logo on them.

High-end retailers can thank emerging markets for keeping them above water in recent years. Since the recession, European and American consumption of luxury goods have shrunk and there is not much pointing to a return to past decades profits in the near future. This applies to all types of goods and services other than luxuries. Emerging markets have an important role in the success of developed economies, making them something to not be overlooked. Developed countries can expect to share their current market shares with emerging countries in the near future.