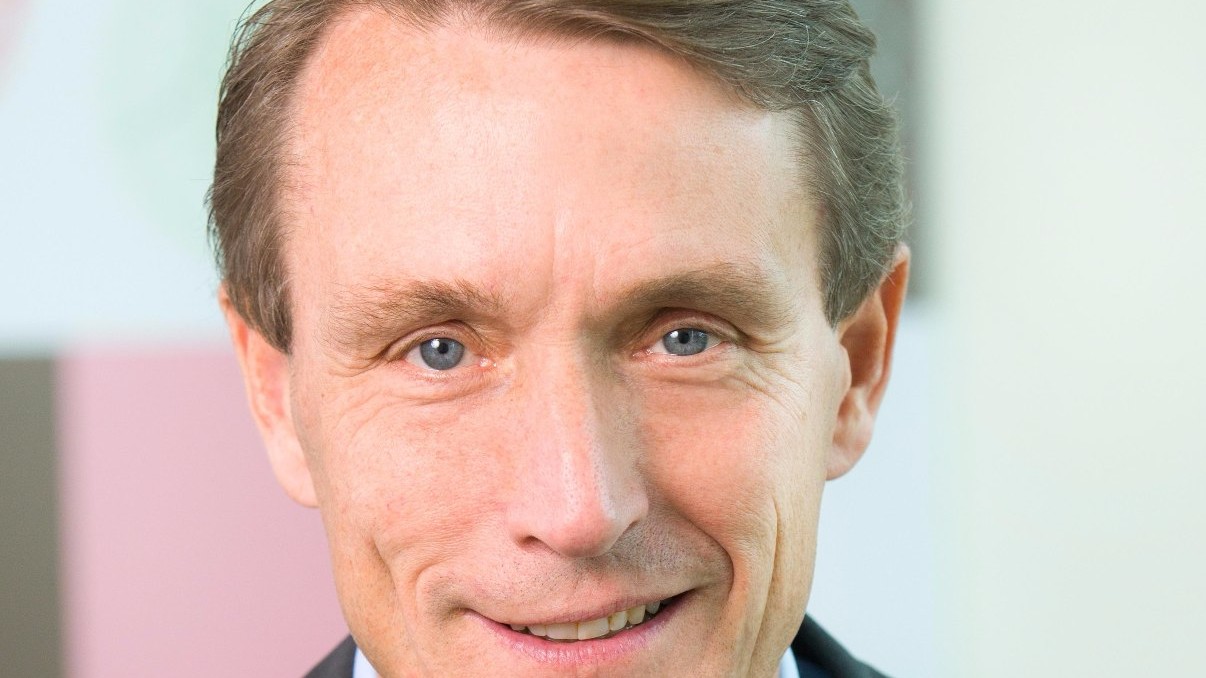 Introduction
Through the years he climbed the ladder of line and staff, combining the best of both in his position now. Albert Röell was willing to share his experiences with the Risk Magazine, shedding light on the dynamics in his career and on the past and future of the accountancy sector. In a nutshell, the 57 year old CEO of KPMG Netherlands harmonized his career between developing strategy and implementing it. ‘You need to balance,’ he said. ‘It is important to look at problems from different perspectives and to understand how others see it. You could call it ping-pong; problem solving by understanding each other’s perspectives. It should be a part of every academic study. It helped me through my entire career.’

You could call it ping-pong; problem solving by understanding each other’s perspectives

Albert Röell studied Law at the University of Utrecht. However, he never chose to be a lawyer and favoured a career in business. He started his career at a medium sized insurance company, in which he gained a seat in the executive board after six years. Subsequently, he took the step in the direction of strategy consulting and worked at McKinsey & Company. ‘At McKinsey I learnt some hard and valuable lessons. I started to look at the bigger picture by using numbers. Problem solving they call it these days. I developed a solid base during those years in that particular way of thinking and working, and I still adopt it in my role as CEO of KPMG.’ After his time at McKinsey & Company, he continued his career at ING, just after the merger between Nationale-Nederlanden and the NMB Postbank Groep. ‘At McKinsey it was pure strategy: you develop a blueprint for your client, and the management does the implementation. At ING I started at the “line-function” again. Contradictory to a “staff-function”, you become responsible for implementation of strategy. My manager at ING, Art Jacobs, always said: “Strategy we do on Monday morning before 12am, then we continue with actual business”. You could stare blind on strategy, however when you do not implement it, nothing happens. In the end more than 95% of the job is actual business, actual working. “Transpiration instead of inspiration”. For me, I always tried to balance the line and staff perspective during my career.’

Although currently enjoying a successful career, Albert Röell did not start working directly after his graduation. ‘As an old proverb says: “traveling is the best university there is”, something I can only affirm’. ‘In that time, the nowadays popular concept of a gap year was not there yet. My budget was 3 dollars per day when I travelled through South America. Back then, some countries where deemed very dangerous, such as Nicaragua, Colombia and Guatemala. Chaos everywhere. Luckily, my parents were quite liberal so my endeavours where accepted. Another problem in general was the non-existence of the internet. In order to stay in touch with me, my parents sent letters to six different post offices in different cities. Every time when I arrived in a city, I checked whether there was mail for me.’

Back to the present
Albert Röell kept working in banking (ING, C&E Bankier, KAS bank) until 2015. He then made the switch to KPMG and became CEO of KPMG Netherlands. KPMG, one of the so called Big 4 accountancy firms, provides audit, advisory, and tax services to its clients. ‘KPMG is about two things. Inspire confidence and empower change. The first one is very important in our line of business, since the business is about confidence and trust. You saw it with the mistake of the envelope at the 2017 Academy Awards, the Oscars, which directly affects the public opinion of the accountant profession. Secondly, empower change is concerned with society and businesses. We do not have to be the innovator in society ourselves, but we should support companies in achieving, managing and improving innovation.’

Then, his drivers to work at KPMG and the differences compared with his time in the banking sector were discussed. The question arose whether there is a significant contrast between working at banks, strategy consulting or the audit/advisory industry? While refreshing the perspectives of “line” and “staff” type of work, he answered: ‘well, strategy consulting is great to do. Helping governments and organizations with their problems is both a privilege and a challenge. These challenges are also present at KPMG. In this context, the strategic work of KPMG Advisory is very interesting. How do you transform a company from its current position to a higher level? The strategic aspect of this is very charming, especially engaging with the management of other companies, discussing problems, and solving them. Some people say you have to build a career for money. However, in my opinion, you build a career in order to do more and more interesting things and meet interesting people. In line with this, at KPMG I have the privilege to work with over 3.000 smart and interesting people, who all endured fierce screening procedures. Here, there is a big difference with the banking sector. At KPMG – and other Big4 firms too – you work solely with smart motivated people who perform valuable unique services.

In my opinion, you build a career in order to do more and more interesting things and meet interesting people

‘I suspect that over 80% of the work in audit will be automated in the upcoming five to ten years. However, I think we can direct a large part of the audit employees into assurance, into trust. Assurance is an extremely interesting word. Giving trust on a great number of issues such as environmental impact, but also IT-systems, algorithms, and computer ecosystems. Who will trust these parties in using the data in the right way? Guaranteeing privacy? Who is to prevent that people end up in a thought-bubble of which they do not even know they are in? A world will start to exist of which the politicians in the Hague have no knowledge whatsoever. We need to create awareness of these problems and have solutions ready.’

KPMG’s path
Albert Röell joined KPMG as CEO on the 1st of November 2015 succeeding Jan Hommen. Jan Hommen took the helm in May 2014, when KPMG was under scrutiny by the AFM and also by society. As Albert Röell put it: ‘Jan did the fire extinguishment. My role is to connect and to build. In the past the sector, including KPMG, was not critical enough. Everyone felt that the whole sector was doing a perfect job. Success however stems from a critical attitude towards each other. When one party does not function well, the whole construct comes down. That’s also what happened within KPMG. There was too much mediocre work and there was no critical attitude. This resulted in signatures being put in documents where they perhaps should not have been.’

Throughout the interview it became clear that his focus is on the internal culture more than it is on complying to regulations. ‘For me it is about countervailing powers. Of course rules are important but I would rather sit on principal than on compliance. Let me give an example: the whole sector, including you, the interviewers, are bad at cultural diversity. How do you change this? Through quotums? Rules? For me it is a matter of culture; both from the organisational perspective but also from the viewpoint of individuals. What I am trying to accomplish here at KPMG is two-folded. First I want to change the culture of KPMG in such a way that graduates specifically apply for KPMG and it’s culture and not for a job at one of the ‘Big 4’. The second aspect is restoring the public trust in KPMG. I want KPMG to be seen as a party who’s to be fully trusted and has a leading role in society.’

For me it is about countervailing powers. Of course rules are important but I would rather sit on principal than on compliance

In 2016, all accountants throughout the Netherlands had to take an oath. Within KPMG, not only the accountants had to but there was an additional, voluntary pledge for all 3.000 employees. ‘This pledge was about three things: public interest, client interest and the core values of KPMG. Such rituals will truly make an impact when performed in the right manner. What I am trying to achieve is that every employee takes the time for another. “To challenge and to address one another”. When such a system is in place, with countervailing powers and a well-functioning internal culture, I am positive that we will restore trust.’

Advice for students
The final question, standard for every interviewee, is what advice he or she would like to give to all students of Financial Study Association Risk. For Albert Röell he brought this advice on both a high level and on a more practical one. ‘Since it suits your name so well I would like to point out that Risk is forward looking whereas finance & accounting are backward looking. The challenge when looking forward is much more complex than looking backward. Make sure to be outward- and forward looking. For me it is much more interesting when people turn up asking questions such as ‘What is happening here?’ and ‘What should we do with it?’. To give the example of Trump now being president, I need employees asking questions on how this will impact our clients and what advice to give them.’

‘On a more practical level I would advise everyone to do two things before applying for jobs: a course in bookkeeping and a course in project management. Bookkeeping to get a basic understanding of company’s financials. Project management sounds silly but you will see how much it will impact your future career if you know how to manage a project and tackle it analytically. Simultaneously, project management prepares you for the future way of doing business. You already see that the traditional corporate hierarchy is slowly making place for a more project-based approach; agile or scrum as you will. That being said I wish to conclude with stating that if your underlying methods of work and underlying principles are solid, the results will follow consequently.’

On a more practical level I would advise everyone to do two things before applying for jobs: a course in bookkeeping and a course in project management