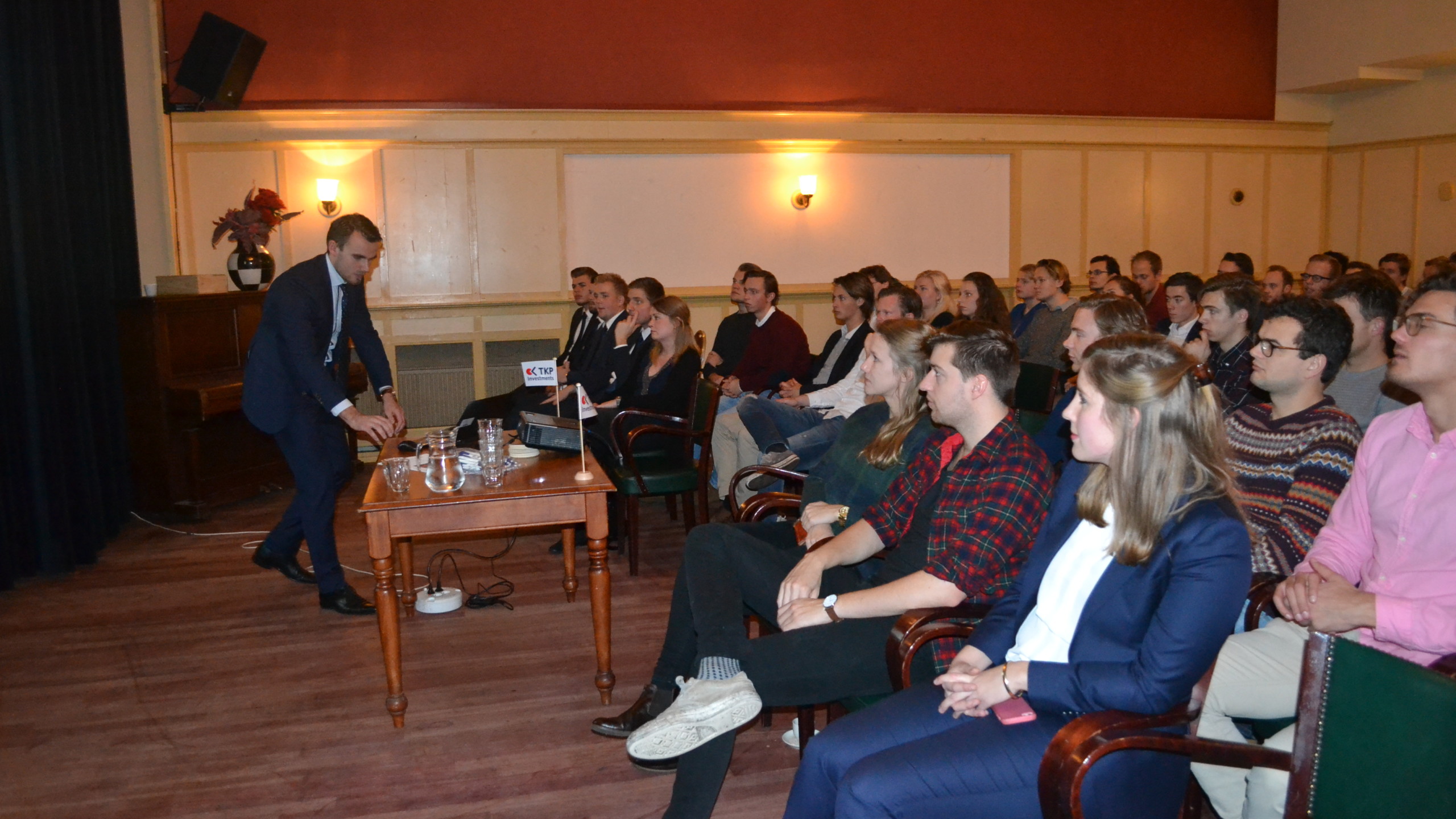 After having Accuracy over for an interesting evening, it was up to TKP Investment keep the students entertained on the 4th evening of the year. The evening began with adding more chairs so we could fit everyone, it was a sold out place with more then 100 students showing up.

TKP Investments send a former Risk Member in the form of Imre Jansen. He promised a night of practical solutions for their Risk Management. With some theory at first, since there were also Accountancy students present, he started with a practical session. He showed what TKP Investments did at client meetings with the use of a model Imre himself developed.  The model showed how bonds, mortgages etc., had different outcomes on the coverage ratio of pension funds. What is the influence of a .5% yield raise on the coverage ratio and what happens with different portfolios. It was quite technical, which resulted in a lot of questions from the students. It was a interactive evening followed by a crowded social.

Announcement of the new Risk Chairman
During the social the new Chairman of the Risk Board 2017-2018 was announced. All the Risk Members were talking about it all night. Was it a man or a woman who was going to be the successor of Anna Dantuma? After het Risk Board showed a great clip, it became clear that the new chairman was not present at the Investor Evening at all. The new chairman called Tim Louwman, is currently finishing his minor in Spain. He will arrive on Monday December 19th in Groningen. On this day also the Risk Dies will take place, where he will introduce himself to all the members of Risk. From now on he will prepare himself for his coming board year and will look for his fellow board members.

Next evening is on the 6th of February and promises to be at least as interesting as the 4th evening. During this evening Tim Louwman will present the complete new Risk Board!