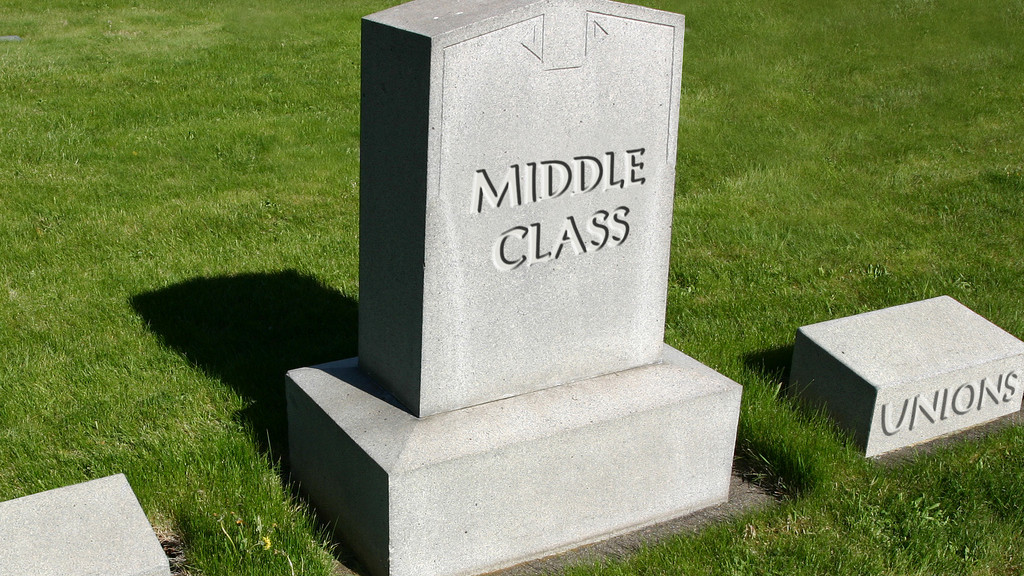 Let us start with a small recap of what French economist Thomas Pikkety’s suggested in his book ‘Capital in the Twenty-First century’. If wealth grows faster than economic output, e.g. return on capital is higher than the real economic growth rate, the importance of wealth in a society increases. Since historically seen this is the case, one should see an increase in inequality. Only if government intervenes, or a burst of rapid economic growth is seen by for instance enormous technological progress, the suggested inequality might decrease. The suggestions of this book are still a pedal to for instance Jesse Klaver of the political ‘GroenLinks’ (GreenLeft) party who has used this to boost his party into a great win in the recent Dutch government elections.

Now why, nearly four years after this book was published, do we now devote attention to this subject once again? This is because in the past week, global research showed that indeed the ‘middle income class’ (relatively speaking) has decreased in favour of the low- and high income class. However, there are a few exceptions: Denmark, France and ofcourse, the Netherlands.

As can be seen in the graph below the percentage of inhabitants with a middle-income in Germany and the United States, measured by anything between 2/3 and 2 times the median income of the country, has decreased quite drastically. Especially when seeing that a few percentage points decrease, actually means that tens of millions of people have moved either into the low- or high-income classes. When, such as is done in this research, a long time period is used this does indeed say something about the income inequality in the Western countries.

Now translate this to two countries. Let’s start with the country which currently has one of the lowest income equalities: the United States. One of the main topics of the elections that nominated mr. Trump as president was the so-called middle-class. Thomas Piketty, the author of the above mentioned book even puts it as: ‘Blame income inequality for Trump’. Whereas one might not immediately expect it but mr. Trump has gained the most of his votes not from the ‘white trash’ but from the middle-class people. The typical Trump voter is a white, married and churchgoing male with average education and modal income. When seeing this next to the fact that tens of millions of Americans have moved into either the lower- or higher income classes one can see why the average man feels like something needs to change. Either because his relatives are in relative financial distress or because he envies his neighbour who has moved into the higher income class. This topic, this income inequality, was one of the pillars of mr. Trump’s victory last November.

Now how come there are also countries where the middle-class has grown in a country? When taking a closer look at the Netherlands it follows immediately that as a country we place tremendous importance on equality, the so called ‘polder-model’. More specifically, the trend that Thomas Piketty predicted does not hold due to one simple fact: we tax wealth using a fictive return on investments and have a severe progressive tax policy. When translating this back to the equation in the first alinea, r > g (return on capital is higher than economic growth rate), this will affect the ‘r’ and has spillover effects on the total population through increased governmental spending. This, together with the other social security policies that we have in place (as well as the other countries where the middle class is not decreasing) suggests that Piketty’s theory actually holds. The importance of wealth is ever increasing in society unless government intervenes or there is a surge in technological progress.