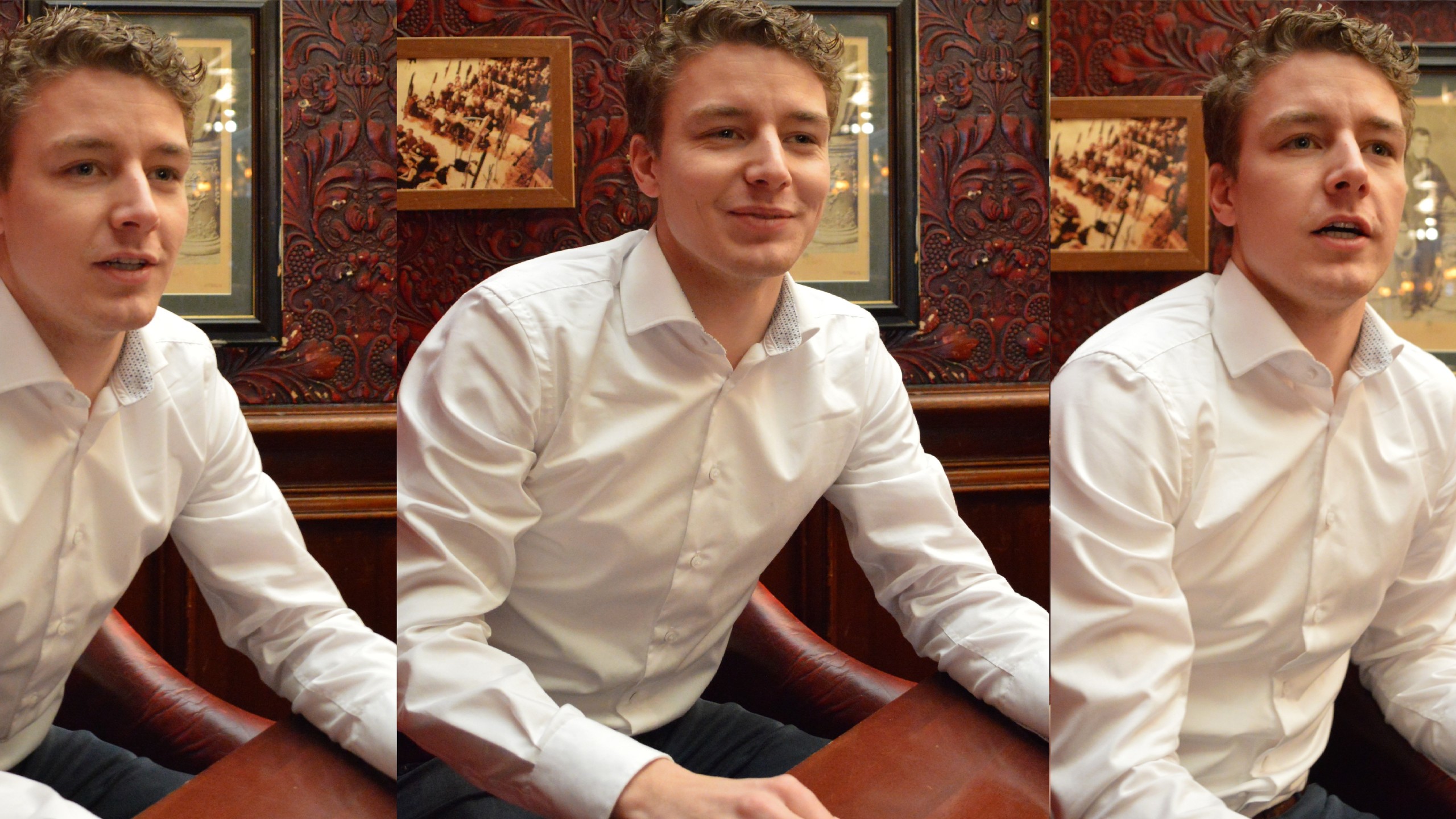 Remko Struik, could you please briefly introduce yourself?

My name is Remko Struik, I am 25 years old and I have lived in Amsterdam for about a year and a half now. I was raised in the village of Warnsveld, which is close to Zutphen. When I graduated from high school I visited a couple of University cities to find out where I wanted to study and I was immediately sold on Groningen. All I had left to do was find a study. I did the bachelor Economics & Business Economics with a specialisation in Economics. After my bachelor I completed both the master in Economics and the master in Finance. I wrote my Master Thesis at the De Nederlandsche Bank (DNB), in the Economic Policy & Research department, on the pension expectations of Dutch workers. At the moment I am working as banking supervisor at DNB. Next to my job I have been active in ‘Pensioenlab’, an initiative of the unions CNV, FNV and VCP for young people to engage in current pension discussions and functions as a bridge between young people and the pension world.

What have you done within Risk?

It's been a while, but I started on the Risk Investment Day in 2012. After the investment day I went on exchange to Taipei (capital of Taiwan) and when I came back I applied for the Risk Board. I was on the Risk Board in 2013/2014. After my board year I could not let go of Risk, so I joined the Risk Investment Team and the Risk Magazine Committee. It was fun to stay involved with Risk. Unfortunately, I had to quit the Risk Investment Team because I was going to write my thesis at DNB and moved to Amsterdam. Did you know there are quite a lot of people from Groningen at DNB? Klaas Knot initiated Risk of course. But there is for example also Jakob de Haan, who is the head of the Research Department. Throughout all of DNB, I come across people that have studied in Groningen.

Did you know there are quite a lot of people from Groningen at DNB? Klaas Knot initiated Risk of course. But there is for example also Jakob de Haan, who is the head of the Research Department.

I was looking to broaden my horizon. Get active, get to know people. I wanted to do something different from just classes and exams, like all students do. I liked being active at Risk so much I applied for the board. What I learned? I became very good with InDesign, haha. Jokes aside, I learned that you have to do it together. Not just at the Risk Investment Day, but also in the board. You must decide what you want to do, where you want to go and then try and get there. If you are on the board you need to learn to distinguish what is important and what is not. In our year, for example, we decided to split up the Dutch Banking Tour and the London Banking Tour. This used to be one event. Do both tours still get organized? Yes. That's the fun stuff.

Why did you decide to study Economics and Finance and what did you learn from these studies?

I am interested in both. In finance you are working very micro, like, you are looking at individual companies and investment portfolios. In economics, you see the big picture. In Macroeconomics you look at how things are related to each other, for example, the effect of interest rates on exchange rates. Economics and finance complement each other perfectly. Practically speaking, economics and finance combined well too at the University of Groningen. Twenty people were doing the master in economics, and ten of them did finance as well. The combination of economics and finance is also what attracted me to DNB. In that sense DNB was a conscious choice.

What is the most exciting story in the financial world that you are following at the moment?

Trump cannot have escaped anyone's attention. Currently there is a debate going on about how his (investment) plans will play out. There is a dichotomy here between expectation versus realization as a lot of his plans and, consequently, improved earnings of businesses are now being priced-in in the stock markets. Another example is that stock markets react heavily on a tweet from Trump, for instance because their expectations about the earnings of businesses are influenced by such a tweet. It appears as though the markets have to get accustomed to Trump and his verdicts. What else caught my eye was the de-regulation of the banking sector that Trump proposed. We have to wait and find out how this plays out, but I find this an interesting story to follow. There are two things at play here. First of all, the question is whether he will pursue the de-regulation of the banking sector. The second question is, if Trump decides to de-regulate the banking sector, how this will be done. There is no consensus amongst economists about these questions. We will have to wait and see.

Right now, you are working as banking supervisor at DNB. Could you tell us a little about your job?

I work on the department EuBa (European Banks) which supervises the systemically important banks within Europe. We look at many aspects, both financially and non-financially. Banking supervision became European banking supervision for the larger banks as the mandate was transferred from national authorities to the European Central Bank (ECB) since November 2014. For my work, this means that over two-thirds of my supervisory team works in other European countries. I like the international aspect and the dynamics of working together with people from many different cultural backgrounds. I have a different background than my foreign colleagues, but we all have the same goals. Together we contribute to society by thriving for financial stability of the European banking sector. I have to travel a reasonable amount for my job, for example I have been to Frankfurt a couple times now. Furthermore, I really like the fact that my work on financial issues at DNB is very actual; as DNB is often mentioned in the news and is on the cover page of the newspapers like the ‘Financieele Dagblad'.

What advice would you like to give your successors? (all future cover interviewees on the Risk Magazine)

I think it is great that you interview someone with a large affinity with Risk. If I have to give an advice it would be that you should what you like. When you like what you do, you can go the extra mile. When I do something I like, then I have the drive to make it great. Secondly, I would advise to look beyond your own position, look at social aspects as well. There are a lot of situation you can help others while it is only a small effort from your own side. Don’t only look at the money below the line.