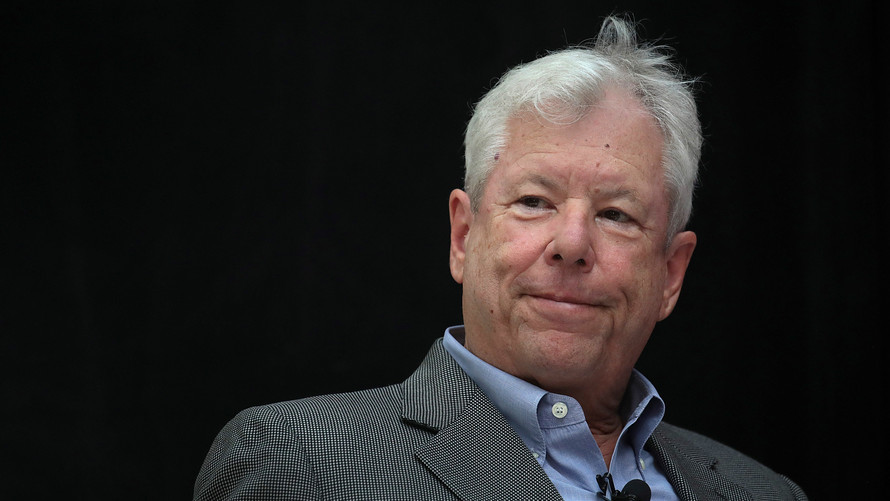 This month, Richard Thaler received the Nobel Prize in Economics for his pioneering work on behavioral economics. In the past, academic research related to economics and finance had used the assumption that consumers would behave rationally in all occasions. Of course, they knew this did not hold for every individual, but that it would on an aggregate level. When Thaler was asked what he would do with the prize money he responded that he would spend the money as irrationally as possible. Clearly, not even economists behave according to the assumption of traditional economists. How large is the impact of this irrational behavior on our well-being and is there any way we can correct ourselves?

When asked about where Thaler his interest in behavioral economics comes from, he said that it all started with a bowl of cashews. During his years in college, he found that he and his roommates were eating a lot of cashews too quickly only twenty minutes before they would have dinner. This behavior was prone to two problems. One, the lack of self-control as they were eating too much and two, the shortsightedness as dinner would be coming in twenty minutes. Even though knowing that, you still keep on eating. Yet, he found a way of dealing with this problem by not putting the cashews in front of themselves. That way, they had to walk all the way to the kitchen and did not end up eating so much.

When asked about where Thaler his interest in behavioral economics comes from, he said that it all started with a bowl of cashews.

Another example he gives of silly human behavior is of his friend who had hay fever and was mowing his lawn. He asked him why he did not ask the kid of the neighbors to do it for him, but he responded that it would cost him 10 dollars and he would not pay it. However, when asked if he would mow the lawn of the neighbors for 20 dollars he responded; “Come on! Not even for 50 dollars.” To economists that response makes no sense and the funny part was that this friend actually was an economist.

Clearly, something in the theory of economists is wrong. In the last two decades a lot of research has been conducted in the field of finance on this subject and findings of irrational behavior are numerous. A well-known finding among economists is that individuals suffer from money illusion, i.e. the tendency to think in nominal rather than in real terms (Shafir et al., 1997). This implies that individuals only look at the increase in their nominal salary, but not at inflation. So they would prefer an increase in their salary of 3 percent while inflation is 5 percent to a situation where both the salary increase and inflation would be zero. This is irrational as in the first situation the individual can buy less than before the change. Other findings are that investors trade too much and as a result incur a lot of trading costs leading to low returns (Barber & Odean, 2000) and that mainly retail investors suffer from attention-based buying, i.e. the tendency to buy stocks that currently receive a lot of news coverage. Due to this bias, the price of the stock goes up, leading to lower returns in the future for these investors (Barber & Odean, 2007). Furthermore, investors seem to suffer from proximity bias, the tendency to buy shares of companies which are familiar to the investor. These might be shares of companies which are close to the investor or of companies which operate in the same industry as the employer of the retail investor.  Research shows that this bias is not driven by superior information and actually leads to under-diversification and lower returns (Døskeland & Hvide, 2011). Clearly, the CAPM framework once introduced by (among others) Markowitz which is used by academics to model investors behavior is in stark contrast to what investors do in reality.

Investors seem to suffer from proximity bias, the tendency to buy shares of companies which are familiar to the investor.

So according to this research we are all simple beings who make silly mistakes which lead to suboptimal outcomes. But if we know that we suffer from these biases there might be a way to deal with them. This is the field of choice architecture and one of the simplest examples is the fly in the urinal. It was an experiment first conducted at Schiphol, where they found that when men see a fly in the urinal there is a behavioral change, which led to less “spillage”. But these “nudges” can also be used for other purposes in for instance the financial world. One interesting example of this is the SMarT saving plan introduced by Thaler & Benartzi (2004) at three different companies (A midsize manufacturing company, Ispat Inland and Philips Electronics). The problem is that a lot of individuals do not save enough for their retirement and this saving plan tried to solve this, by making use of the “errors” people make. The savings plan was set up as follows. First of all, the increase in the saving rate was paid out of nominal salary increases. This way participants did not see the increase in the saving rate as a loss in their income (as everyone suffers from money illusion) and slowly start to save more year by year. Furthermore, the increases in the saving rate were automatic as people suffer from inertia (as a result of procrastination). Third, the employee could opt out of the plan at any time. Knowledge of this feature will make employees more comfortable about joining. However, inertia prevents people from doing so.

The key insight of this study was therefore that we can use the behavioral pitfalls of humans to their own advantage.

The results of the introduction of the saving plan were impressive. There were a lot of employees who decided to enroll for the saving plan and once enrolled, only few people dropped out. For those employees who stayed in the saving plan the saving rate increased four-fold after 4 nominal raises. The key insight of this study was therefore that we can use the behavioral pitfalls of humans to their own advantage. This is but one of the many findings of Thaler and others how we can use nudges to steer (financial) decision making. These findings have received a lot of attention and inspired policymakers such as Barack Obama and David Cameron to implement these ideas nationwide. According to the World Bank, there are currently 75 countries in which approaches inspired by Thaler are being used.

Clearly, we all suffer from behavioral biases, but the fact that we start to recognize that we do helps us in steering us in the right direction.