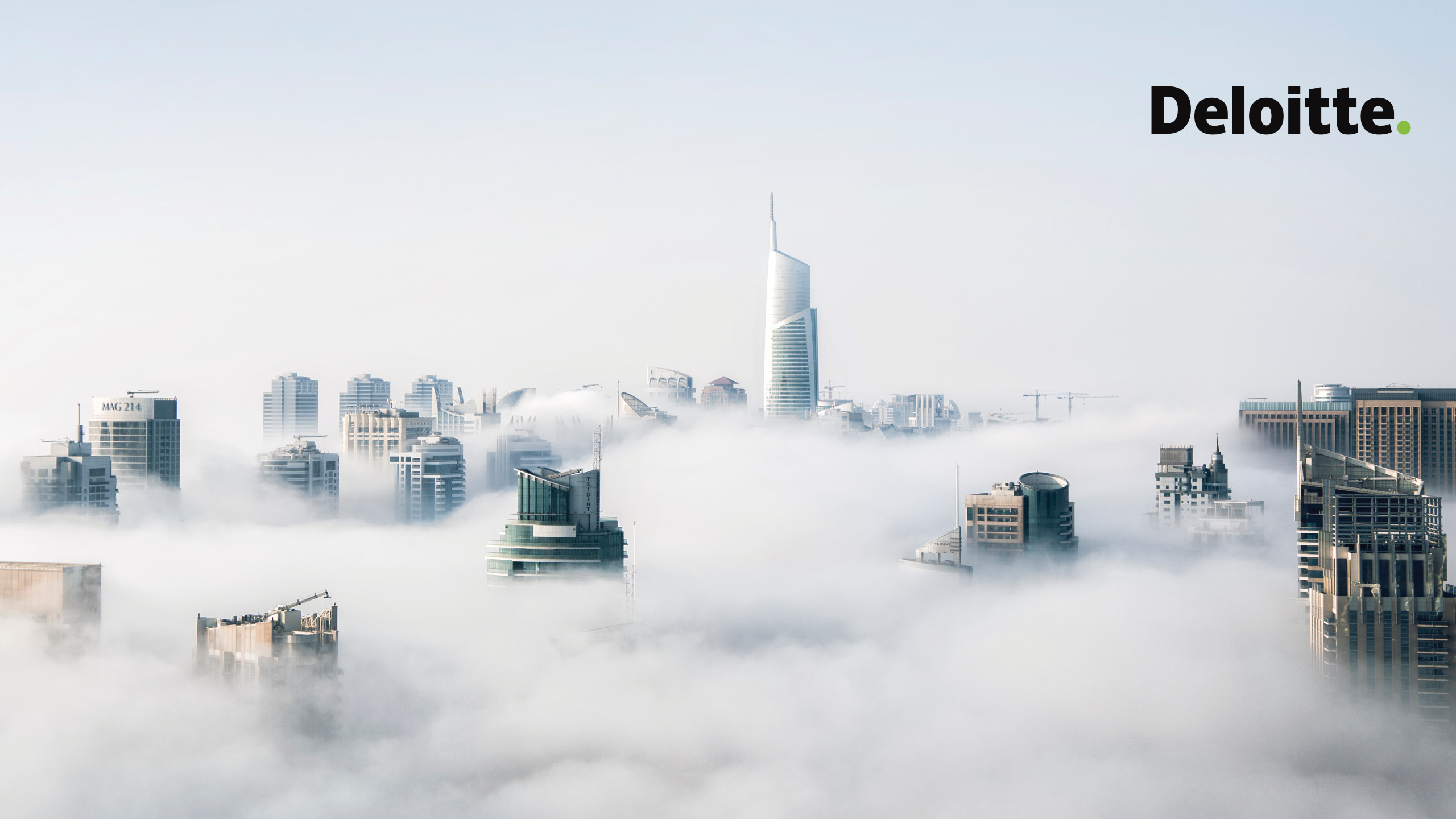 Welcome Bert Albers could you please introduce yourself?
I am Bert Albers, I am the managing partner of audit and assurance at Deloitte in the Netherlands. And  that is the part of our business that provides assurance or trust for the financial reporting of companies. This is not everything we do at Deloitte, I always make the distinction that Deloitte is an advisory firm that also does audit. Instead of the other Big Four who still are primarily audit firms that also do advisory. That is an important distinction that we make because we are able to continuously look at the concept of assurance with a different angle. We expand the concept of assurance not only to the traditional products, such as financial statement audits, but to providing assurance on all kinds of different information or platforms.

What was the main reason to become an auditor?
The main reason why I joined an audit firm was that that joining an audit firm allows you to get a broad perspective of all kinds of businesses and you have a really steep learning curve in developing your skills. And after some years you have several options to continue your career elsewhere based on your broad experience and what you learned. I studied business economics with focus on finance. With that background starting in audit is a really steep learning curve. In the beginning I mainly worked on clients in the financial services industry, were you can apply what you learned at the university. However, I quickly moved to the consumer business, which makes your work really divers. As an auditor you have to try to understand how a company works. And that is really the fun thing about being an auditor. You can only be a good auditor if you really understand how a company works. How do they earn their money? What is their business model?

After my first period at Deloitte I was director at a big real estate company, and I could not have made a worse decision.

In 2013 you rejoined Deloitte after some years in the business. What was the main reason you came back at Deloitte?
I think it is not a secret that work at a Big Four firm demands the best performance, it is not a nine to five job. I became partner at Deloitte after nine years. After four years as partner I sat back and I was not sure if I wanted to do this my whole career, so I chose to do something else. That was a surprise to many, because at a Big Four firm you do not see very often people resign when they become a partner relatively young. After my first period at Deloitte I was director at a big real estate company, and I could not have made a worse decision. It was a high risk investment platform with a lot of leverage, so the only thing we did when the financial crisis hit was attempting to guide the company away from the abyss. Many days we asked the question will we tumble over or will we survive.

So, did the company survive?
The company went in debt restructuring. These are quite drastic decisions to make, but you also learn a lot from it. One thing I have learned is that you need to look beyond your own perspective. There were investors and banks who put their money in. The difficulty was that one group has a certain interest which be really controversial for the other group of stakeholders, so how do you balance that? Guiding the company through that phase brought me back to the main reasons why I really enjoyed being an auditor.

As an auditor you serve the public interest and work for all stakeholders. Next to that, you work in a professional environment where you can ask your peers for help with your biggest challenges. The key thing I teach my younger colleagues is that there is no such thing as a stupid question, you just have to ask. In audit that is even more important. Because at the end of the day when the partner has to sign the audit opinion, you can ask your team: ‘When you are in my position, would you sign it?’ At Deloitte we cultivate a culture where you can ask questions and share your dilemmas.

Furthermore, you have the privilege to work with young highly motivated professionals. Obviously that it is a demanding model, because you continuously have to develop. However, the energy it brings to our company and the speed at which you can change our company through the continuous inflow of young professionals is also very high.

In 2014 and 2017 the AFM concluded that several audits of Deloitte were insufficient. Do you think this number already decreased or is there much more work to do? Do you see any improvements over the past year and what is your prediction for the next AFM-report?
The next report will be published in 2019-2020. What is important to understand is that the supervisory role of the AFM is a continuous process, for example they were in our office yesterday and we were discussing files and how we dealt with certain matters.

The issue of our profession has two angles: we have an expectation and a performance gap. We see ourselves basically living in an environment where we expect everything is perfect. If something goes wrong the idea is that there is something in the system that does not work. But we have to remember we are human beings, auditors are human beings so we make mistakes. With artificial intelligence and technology we can probably reduce that even more but the expectation that there will never be unintentional mistakes is not realistic. That expectation gap should be addressed by better communication.

The second gap is the performance gap, this is about the avoidable mistakes. These are not intentional mistakes, those are totally unacceptable, but mistakes that would not have occurred if we have organized our audit processes, organization and teams in the right way.

Auditors are working for the public interest and here I see the profession has radically improved in terms of behaviour and willingness to rule out any avoidable mistakes.

The performance gap has two angles. One is how you organize the audit process and organization. The challenge is to make your processes so good that you will not make those mistakes anymore in the future. The second thing that we particularly have to focus on are teams, how do they work together and we have to take care that there is enough experience and competence in the team to do the audit. For example an air carrier. Imagine you work at KLM and you are a new pilot fresh from school, and they let you fly a plane with 400 people with only a manual. That is not a very smart thing to do, because you would not want to sit in a plane with no experienced pilots.

To take the example further, looking at the audit process and organization, you do not want that plane to even take off if there is anything in that plane that is not functioning properly. A lot of what we do now in looking at audit quality is after completion, so when your plane has landed and all the passengers are all save then we are going to check if everything was functioning right and save. However, that is actually really odd, because when you are discovering there was actually something broken, than you were lucky nothing happened. Therefore, the second thing we invest in is that our employees are doing the right things and following the right steps while we are performing the audit. It is our goal at Deloitte that we have a 100% score in the next AFM-report. If we do not, we have a big problem, also for the profession. We run our business on a privilege received from the legislature. We are allowed to offer trust on financial information. You cannot do that without a license based on the trust the legislature has put in our profession.

For Deloitte, as mentioned, we are an advisory firm with audit. Digital is in our DNA.

During your speech you talked about cloud accounting. For those who were not present at the Risk Conference, how do you see cloud accounting at Deloitte? And what is the difference between Deloitte and other Big Four firms regarding cloud accounting?
I do not like to compare Deloitte with other Big Four firms. The reality is that if you look at the technological developments and investment power of the professional services firms than I think all of  the Big Four have their challenges. As a firm you have to be able to adapt to the impact of cloud accounting and other disruptive and exponential technological developments, such as Blockchain, AI, Robotics. PwC and Deloitte based on their relative global size and scale are well positioned to cope with these challenges based on their relative investment capabilities. For Deloitte, as mentioned, we are an advisory firm with audit. Digital is in our DNA.

What we particularly do with the cloud are a number of things. Firstly, what I do as an auditor today, was really different back in the days. It was very easy, you went to a client and then they had an IT department and they ran all their data and applications on site. But now, it is not there anymore, it is all gone. So the first thing we need to do for companies who use cloud data and applications, is assess how can we give assurance on data that is in the cloud. Secondly, there was also a student who mentioned this during the Risk Conference. Imagine that your data is stored at Google for example. Google will not allow just anyone to come by and check whether the data is actually there and how it is secured. To conclude, you have to apply different concepts of assurance to audit such data and to give the client assurance about the reliability of their data and applications. The other point I made during the conference is that with the amount of data in the cloud and the technological abilities to compare these data points, new audit techniques have become available where different sources of data are used to conclude on whether transactions have occurred or whether we spot any unusual transactions or outliers. The ability to apply data-analytics to entire populations have increased with the application of cloud data storage and applications.

As an auditor your development will be steep and you will have to adopt to the technological developments.

As a last question, what would be your advice for the students of Financial Study Association Risk?
I will answer this question in two different ways, from a career perspective we live in very exciting times. It offers huge opportunities and risks. For example, all the companies who were present at the Risk Conference, it is uncertain whether those companies will be there ten years from now. So you have a choice. Starting at a fintech startup or something like that, this sounds very attractive and is probably a more adventurous job as an auditor. On the other hand also as an auditor your development will be steep and you will have to adopt to the technological developments. The good news is you do this in a safe environment with less risk. So you should ask yourself: who are you, where do you fit best and what is your view on business? At Deloitte we only recruit master students for a particularly reason. We are looking for students who are adaptive and have a mindset to make yourself familiar with the new technology. My advice is: stay adaptive and imaginative. Try to continuously challenge yourself, even when you are not young in age anymore.