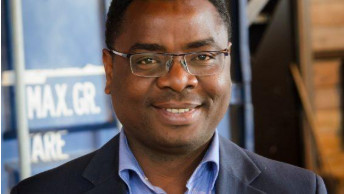 As most of you might know, within two weeks we go to Tanzania with 21 students and three professors with the International Financial Program (IFP). There, we will conduct research for Dutch organizations. To be fully prepared before takeoff, we received three lessons in culture and Kiswahili given by Mr. Paul Wabike. Paul is a lecturer at the Hanze Hogeschool and is originally from Tanzania. To provide you with some insight of what we have learned during those lessons, we asked him some questions.

Could you tell us something about the cultural diversity within Tanzania and the related languages?

Tanzania is one of the most culturally diverse countries in the world. The country is host to 136 tribes and 120 languages, with Kiswahili as an overarching language that connects the nation. There is a minority Arabian, Indian and European people as well. Every single tribe has its own traditions and norms - including food, dressing and communication manners. The largest tribe is the Sukuma (Shinyanga and Mwanza) with a population of more than 12 million people. Other prominent languages are such as Chagga (Kilimanjaro), Nyakyusa (Mbeya), Hehe (Iringa), Ha (Kigoma) and Gogo (Dodoma).

Dar es Salaam, originally a Zaramo area, is now populated by all tribes. Food also goes along cultural lines with some areas prominently eating ugali (corn flour dough), cooked bananas and manioc. Areas in the proximity of water bodies eat fish. The main staple is ugali and rice and meat such as beef, goat, chicken and fish. The recent acceleration of urbanization (now at 31%) has seen many traditions (food, clothing) merge and form a rich diversity in the country. However rural areas still adhere strictly to norms and values of their tribal ancestry.

How does the cultural diversity influence the political decision making?

Since independence, Tanzania has a strong democracy and is a constitutional republic. In 1992, for example, tensions arose which threatened the unity in diversity by insisting political leanings along cultural lines. However, this was short lived and the country came back strong. The diversity does not normally have much influence on voting behaviors - although some regions are more inclined to opposition than others. Decision making in Tanzania is strictly political - not cultural. This was especially developed in the 1960s in order to avoid some tribes having an advantage (in numbers) over others. It is thus not common to find a regional leader coming from the same region and there is a clear distinction between tribal activities and what is considered national.

How would you describe the norms and values in which most people feel identified with? Could you give a national example?

Tanzanians value care for others. Tanzanians encourage unity more than anything else. Arguments are settled non-physical and as a nation, the defense of our way of life is much more important than whichever tribe. This is instilled from early age where respecting others - especially anyone older than you – is taken very seriously. It is thus normal for a total stranger to ask anyone to bring something to them and that wish will be respected. It is no coincidence then that Tanzanians would identify themselves with politeness and trust.

Tanzanians value care for others. Tanzanians encourage unity more than anything else.

There is another system: every tribe has its 'cousin' (another tribe where you are allowed to make all kinds of jokes and poke fun at them without knowing the people). Over the years this has strengthened national unity and has a high place on the Tanzanian value system.