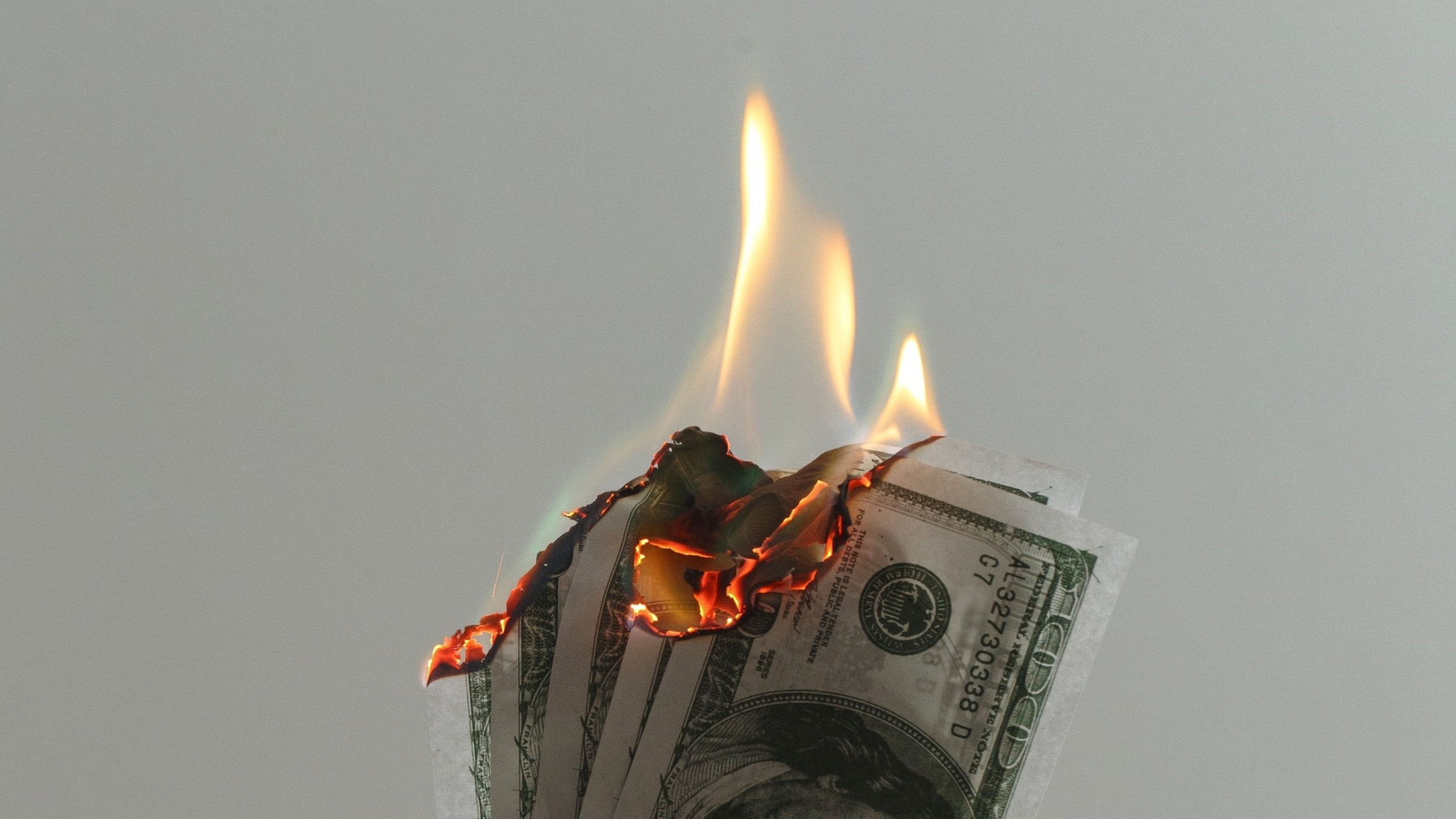 This article describes some of the most prominent and interesting scandals in financial history, showing that company collapses are often based on criminal and scandalous actions.

The name ‘Medici’ is broadly known because of several TV series which filmed the rise and fall of the Medici family which had a powerful influence for hundreds of years in Europe. The family was running the biggest and most influential bank in Europe for more than 100 years, starting with a small bank in 1397 in Florence, Italy. This banking kingdom still has influence on our banking systems nowadays, among others the Medicis introduced the concept of double-entry bookkeeping. While growing to the spine of the European banking system in the 14th century, the Medici Bank started to face difficulty to coordinate the bank. With the death of the successful leader of the bank Cosimo Medici, in 1464, the downfall of the bank took place in quick 30 years. His sons, who did not know anything about the banking business, used the wealth for an excessive and luxurious lifestyle instead of running the business. This development was recognized by Medici’s banking rivals who, in turn, took the opportunity and formed the Pazzi conspiracy which was backed by the Catholic Church, aiming to destroy Medici’s control in Florence. Coupled with economic troubles, the Pazzi formation was able to dethrone one of the most influential families in Europe whereby Medici Bank closed all of its branches in 1494.

The 18th century was characterized by the Colonialism which was accompanied by the enslavement of the people living in the countries conquered by the European settlers. The Mississippi Company was a corporation which was built as a business monopoly on trade and mineral wealth in French colonies in North America, especially Louisiana, in 1684. The Mississippi Company was established by the General Private Bank of France which is known as the developer of paper money use. King Louis XIV’s, known as the Sun King and lover of excessive spending and luxurious lifestyle, nominated the Scottish financier John Law as the leader of the General Private Bank. John Law exaggerated the wealth of Louisiana which lead to wild speculation on the shares of the Mississippi Company in 1719. In 1720, the speculative bubble grew and collapsed. The so-called Mississippi bubble is one of the earliest examples of an economic bubble.

The fraud was detected by accident, but the consequences were immense. The futures market crashed and the brokerage firm which was performing the trading on behalf of De Angelis owed several banks over $37,000,000 which they could not pay.

The Allied Crude Vegetable Oil Refining Corp was founded by Tino De Angelis who was a commodities trader specializing in buying and selling vegetable oil futures worldwide. De Angelis frauded clients, including the Bank of America, by making them think he was trading vegetable oil. In commodities trading, the actual commodity has to held as collateral in order to be able to execute the trade. Di Angelis showed inspectors tankers with a bit of oil on the surface, but almost fully filled with water. The fraud was detected by accident, but the consequences were immense. The futures market crashed and the brokerage firm which was performing the trading on behalf of De Angelis owed several banks over $37,000,000 which they could not pay. Di Angelis’ company bankrupted on November, 16th 1963 and he ended up with a seven-year jail term. The entire crash was overshadowed by the assassination of US president John F. Kennedy on the 22nd November. These two events combined, leaded to a drop of the Dow Jones of about 5% with 2.6 million shares sold off. The company American Express (Amex), which specialized on giving loans to businesses which have inventory of goods and commodities, wrote Di Angelis warehouse receipts for millions of pounds of vegetable oil. Due to the Di Angelis scandal, the stock of Amex plunged heavily and thus, Warren Buffet was able to buy 5% of the company for $20 million.

The Carrian Group was a Hong Kong investment company, founded in 1977. It grew rapidly in the early 1980s including properties on the whole Asian continent and the United States. The skyrocketing success was destroyed by the involvement of the Carrian Group in a scandal with the Bank Bumiputra Malaysia Berhad of Malaysia and Hong Kong-based Bumiputra Malaysia Finance. When allegations of accounting fraud became public, cruel events overtook the public, namely the murder of a bank auditor and the suicide of the firm’s advisor. This negative press damaged the reputation of Carrian Group heavily, whereby the group collapsed in 1983. The bankruptcy of Carrian Group is known as the largest bankruptcy in the history of Hong Kong.

Enron was a shining star in the business sky: it was named by the Fortune magazine the most innovative company in America for six years straight, 1995 to 2000. The Texas-based energy company was worth about $60 billion. But the shining star imagine faded quickly in 2001 when the illegal accounting practices came to light. The downward movement happened quickly, with a decline in stock prices from $90.56 in 2000 to less than $1. Following this, the company had no other option but to declare bankruptcy.

WorldCom was the second-largest telecommunications company in the US. Due to a bad year in the telecommunications industry in 2000, WorldCom was forced by the US Justice Department to slow down its aggressive growth strategy by not buying the company Sprint. In that time, WorldCom’s stock price was decreasing and it was not able to cover margin calls that were used to finance other businesses of WorldCom. The company’s CEO and CFO used fraudulent accounting methods to disguise the company’s decreasing earnings in order to protect the stock price from further decline. This fraud was detected by a small team of internal auditors and was estimated to be around $3.8 billion. On July 21st 2002, WorldCom filed for bankruptcy, costing investors $180 billion and 30,000 people their jobs. Bernard Ebbers, CEO of the company, was sentenced to 25 years in prison and has since then been dubbed one of the most corrupt CEOs of all time.

Lehman Brothers, existing for 150 years, had its main investment focus on mortgage debt. Its bankruptcy is known as the incident marking the beginning of the Global Financial Crisis. Lehman Brothers put big bets on the housing market and the subprime mortgages. Before Lehman collapsed, they tried to hide the extent of their losses by disguising $50 billion in subprime mortgage debt. The failure of the fourth-largest US investment bank had severe consequences for the global economy, but due to lack of evidence, no one was ever prosecuted for the crimes conducted at the bank.

After Madoff confessed to his sons that his business was just ‘one big lie’, they reported their father to the authorities.

Bernie Madoff, being former NASDAQ Chairman and head of his own Wall Street company Bernard L. Madoff Investment Securities LLC, admitted that the wealth management department of this company tricked investors out of $64.8 billion using the largest Ponzi scheme in history. The Ponzi scheme goes back to 1919 when Charles Ponzi invented the Ponzi scheme by using the funds provided by new investors to pay back existing investors. After Madoff confessed to his sons that his business was just ‘one big lie’, they reported their father to the authorities. Madoff was sentenced to 150 years in prison with restitution of $170 billion.

So, the most famous collapses of companies in history base on fraud and illegal actions. Companies that seemed to have a great performance were faking their accounts. So, the balance sheets and stock prices of a company do not always show reliably how the company really looks from the inside.