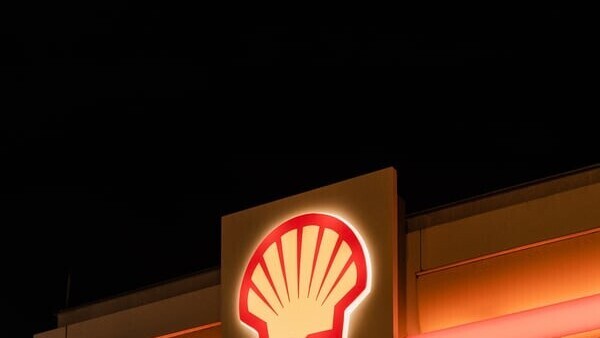 Royal Dutch Shell has recently announced that they will transfer their headquarters from The Hague to London. In this way, its current structure of dual shares will be simplified which ultimately benefits the shareholders. There are however, several other stakeholders influenced by this decision. One of them is the Dutch government, who is not so happy with the news. Although Shell states different, it seems that there are several other reasons why the company chose to move to the UK.

Ben van Beurden, CEO of Shell, states that by restructuring their share structure, Shell can become a more agile and flexible company. Currently, the company has two different kinds of shares, one noted in euros on the AEX, and one noted in pence on the LSE. This will change to one universal British share, which allows the company to raise capital in a faster and more efficient matter which for example can be used for acquisitions. According to Shell, this allows the company to play are more prominent role in the energy transition.

The most important reason however, is for tax purposes. Although the Netherlands is known as an attractive tax residence for companies, often even referred to as a tax haven, the tax on share buybacks makes it more attractive to move the tax residence of Shell to the UK. The UK shares do not fall under the withholding tax and are therefore up till now the only economical option used for share buybacks. These are capped in proportion to trading volume, which is why getting rid of the dual share structure is necessary in order to increase the level of share buybacks. Share buybacks are an important strategy of Shell and other energy companies. As these companies invest less in oil more cash becomes available, which flows back to the shareholders. In this way, holding shares of companies like Shell stays financially attractive while they are working on the transition to more greener solutions. Shareholders happy, but what about other stakeholders?

The Dutch government replied to the news as surprising and unpleasant. For years there has been a debate of getting rid of the withholding tax. According to Shell this was one of the requirements to keep the headquarters in the Netherlands and it seems that at Shell, they lost their patience. For the Dutch government this is the second big company in a short time that leaves the Netherlands for London after Unilever, another British-Dutch company, transferred their headquarters to London for similar reasons.

On first glance, this seems like a big loss for the Netherlands which tries to keep an attractive climate for multinationals. However, focusing on the large traditional companies does not show the whole picture. One should not forget the fast-growing companies who have their headquarters in the Netherlands, such as ASML, Just Eat Takeaway and Basic Fit. It could be argued that these kind of companies have a more promising future than a company like Shell, who is often criticized for being too slow in their role in the energy transition. Furthermore, Shell will not completely leave the country as all the current activities will stay where they are, and the new share will also be traded on the AEX. The leave of Unilever and Shell is therefore maybe more symbolic than that it is troublesome for the country. Extra painful in that regard is the name change of Shell which will no longer go by the name of Royal Dutch Shell after being as the name says, a royal and Dutch company for over a century.

The British government on the other hand is incredibly pleased with the news and refers to it as confidence in the British economy after the Brexit. Next to the lack of withholding tax, there are several other reasons why Shell might be better off in the UK. The general view on Shell in the Netherlands is not a very positive one. This is for example caused by Shells role in the gas extraction in Groningen and a court case that they recently lost where it was ruled that Shell did not deliver enough effort to cut down their emissions. In the UK, Shells reputation is not so bad as in the Netherlands. Furthermore, by moving their headquarters to London, currently the home of the other big oil company BP and two large mining companies, their actions might be less magnified as has been the case in the Netherlands.

Although the share repurchases in general seem to be beneficial for the shareholders of Shell, there is also a drawback to the strategy. The money flowing back to shareholders could also be partly reinvested in green energy projects. This is a common dilemma for institutional investors as on the one hand they are in need of stable income and at the same time they have strict ESG criteria which demands energy companies to switch to green alternatives. A possible solution is proposed by Third Point, a large hedge fund and shareholder of Shell. They argue that by splitting the company into an oil business and in a green energy business, market value can increase. The fossil fuel business can provide streams of cash to investors and the green energy business can attract ESG investors. At the moment, Shell tries to do both at the same time, but this does not seem to work out too well as investors are not convinced enough of their efforts in the energy transition. A striking example is ABP, one of the largest pension funds of the world, which has announced it will get rid of their holdings in fossil fuel companies, of which Shell is also a part of. If Shell were broken up into two parts, institutional investors would be more interested in being invested in the green energy part of the company.

It is therefore not unthinkable that Shell will be split up again into two different shares in the future. Only this time it would not lead to an unnecessary complex structure but rather to a possible more efficient energy transition. This new situation could even be beneficial to the Netherlands as well since many sustainable initiatives of Shell are already located in the Netherlands and the sustainable part of the company could probably rely on goodwill of the Dutch public again. This new situation is however unlikely to happen in the near future, as Shell has stated that they still rely heavily on synergies within their company.