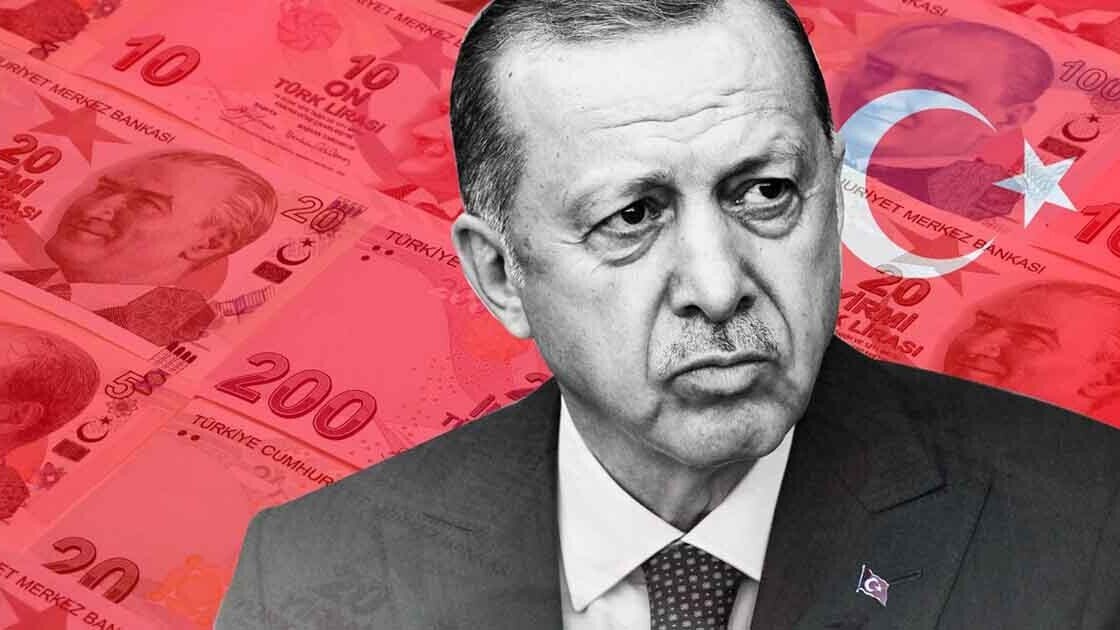 It is no surprise that the global pandemic has brought along substantial economic challenges. One that keeps the policymakers busy nowadays is the more persistent and excessive upward inflationary pressure. Whereas most central banks believe in the central tenets of contemporary monetary policy to control inflation, Turkey has decided to deviate from this path.

Before diving into the bizarre story of Turkey, a crash course on macroeconomics might be useful:

Basic macroeconomic theory suggests that there is a general tendency in a system of fractional reserve banking for interest rates and the rate of inflation to be inversely correlated. This implies that when interest rates are low, inflation tends to rise and vice versa.

To briefly explain how this works - as interest rates are low, more consumers and businesses are able to borrow more money cheaply. As a result, people have more money to spend. This causes the economy to grow and inflation to rise.

The opposite holds true for high interest rates. As interest rates increase, consumers tend to save money in their savings account because returns from savings are higher. With less disposable income being spent, the economy slows and inflation falls.

Makes sense, right? The chart below demonstrates the inverse relation between interest rates and inflation in the US. Central banks manipulate short-term interest rates to affect the rate of inflation in the economy. These manipulations were for instance necessary during the dot-com crisis (1995-2001) and the global financial (2007-2008) to maintain the inflation rate around its target of 2%.

Turkey has other plans

At the other end of the spectrum, Turkey is not even thinking about raising rates. In fact, on November 18th the Turkish central bank cut its benchmark one-week repo rate by another 100 basis points to 15%, sending the Turkish Lira to record lows. Conspicuously, this is the third rate cut since September. On top of that, the Turkish central bank signaled that they would slash rates again in December. Despite a freefalling lira and rising inflation, President Erdogan has urged the central bank to keep easing.

Figure 2: Change in interest rates in basis points since the start of the year.

The Turkish economy has some severe chronic problems. It has a long track record of having a high current account deficit and is highly dependent on external financing and foreign funds in order to grow. These factors make the country and its currency fragile to sudden stops in capital inflows.

The Turkish Lira has lost more than 45% of value against the dollar this year. This is by far the biggest currency depreciation in emerging markets in 2021 and one of the most severe currency crises the country has faced in the past several decades.

Alongside this, the country is battling high inflation rates of around 20%. The weakening currency is likely to make price inflation even worse. A weaker currency fuels further inflation in Turkey due to imports priced in hard currencies, so it is likely leading to a vicious cycle for price inflation.

The official inflation figure of 20% and the policy rate of 15% translates into a real interest rate of roughly -5%. So, why is the Turkish central bank still cutting interest rates when inflation is so high?

This is due to the unorthodox economic policies favored by President Erdogan. As I mentioned, low rates encourage economic growth. Erdogan prefers economic growth over the stability of the Turkish Lira. He has long been a strong proponent of low interest rates. Some commentators even believe that his support for low rates is driven by his religious beliefs.

Interest rate is the cause, inflation is the consequence. We will remove the high interest burden from the back of our people.

Intriguingly, Erdogan believes that high interest rates cause high inflation, and not the other way around. Hence, he wants the borrowing costs to go down in debt. His intuition behind this is that interest expenses form a large part of costs for companies. If interest expenses increase, companies will pass this through to consumers.

Announcing this latest contrarian interest rate cut, the Turkish central bank blamed the higher prices on the transitory effects of supply-side factors. Important to mention here is that the past three central bank governors were sacked for contradicting his monetary policy views and not lowering the rates as he desired.

Turkey is demonstrating to the whole world the dire consequences of not having an independent central bank. Unfortunately, this has been a very expensive experiment for the country. To be able to defend the free fall in Turkish Lira, under these unusual economic policies and low rates, authorities have depleted the central bank’s foreign currency reserves selling more than $165 billion since 2018.

The Turkish residents and businesses are paying a huge price tag for this expensive experiment. They are getting poorer everyday as the Turkish Lira loses its value.

Moreover, businesses that have taken out debt denominated in foreign currencies, bearing in mind that the country is highly dependent on external financing, are now facing steeper repayment costs as the Lira loses value. A major concern for the rest of the world – in particular for the creditors of those businesses – is the potential default by Turkish businesses on those debt payments.

Still, despite dismal opinion polls and rising discontent, President Erdogan continues to defend his demands for lower borrowing costs. Has his unorthodox approach resulted in the desired outcome? Something for you to judge…