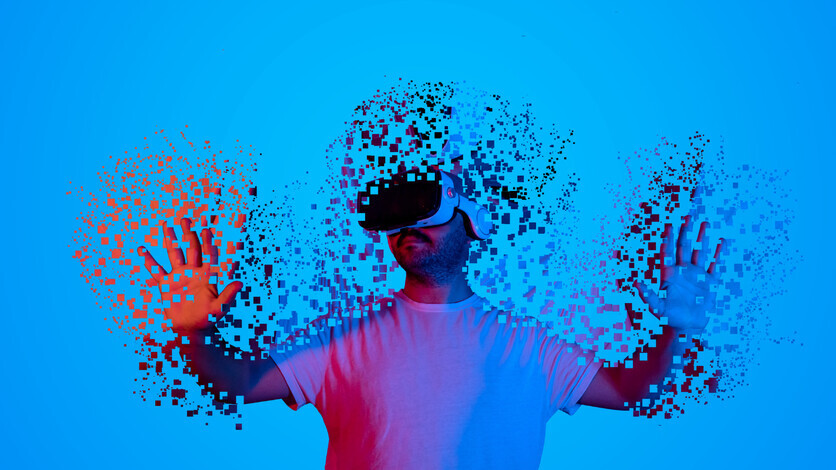 Facebook’s name change into Meta, Microsoft’s most recent and largest acquisition of Activision Blizzard, and Nike’s partnership with Roblox. They all have something in common. Namely, these companies are jumping in the latest craze and are trying to plant their flags in the so-called metaverse. Billions of dollars are being invested in this nebulous and much-hyped concept denoting an immersive virtual world filled with avatars.

How did we even get here?

Let’s take one step back. There have been two phases of the internet today. The first phase (Web 1.0) refers to the first stage of the World Wide Web evolution with mostly just simple static web pages. The second stage (Web 2.0) includes websites highlighting user-generated content, usability, and interoperability for end users. Examples of features in Web 2.0 are social media, podcasts, and blogs.

Whereas most content and data in Web 2.0 are centralized in a small group of companies, Web 3.0, which people believe is the next phase, will have this element of being a more decentralized web. In other words, there will be fewer centralized players that gatekeep the content placed on the internet. Above that, Web 3.0 leverages technologies such as machine learning, artificial intelligence, and blockchain to achieve real-world human communication.

All this could result in a world where one might have more control over their own identity in a shared immersive virtual world – the metaverse.

Notice that I have been using words such as ‘could’ and ‘might’ when writing about the metaverse. The reason for this is that it is still too early to determine a clear definition of what the metaverse exactly is. To a certain extent, talking about what ‘the metaverse’ means is similar to having a discussion about what ‘the internet’ meant in the 1970s.

No one knows what the metaverse is and that's what's driving all the hype.

Broadly speaking, the technologies that make up the metaverse can include virtual reality (VR) as well as augmented reality (AR) which combines aspects of the digital and physical worlds. However, it doesn't require that those spaces can be exclusively accessed via VR or AR. A virtual world, like aspects of Fortnite that can be accessed through PCs, game consoles, and even phones, could be ‘metaversal’.

It also translates to a digital economy where users can create, buy, and sell goods. In the more idealistic visions of the metaverse, it's interoperable, allowing you to take virtual items like clothes or cars from one platform to another. In the real world, you can buy a shirt from the mall and then wear it to a movie theater.

Right now, most platforms have virtual identities, avatars, and inventories that are tied to just one platform, but a metaverse might allow you to create a persona that you can take everywhere as easily as you can copy your profile picture from one social network to another.

Once a niche concept beloved of tech enthusiasts, the idea of a centralized virtual world, a ‘place’ parallel to the physical world, has careened into the mainstream landscape this year

Figure 1: Roblox, a platform where independent developers create games popular with children, has been described as a metaverse.

Whereas the word ‘metaverse’ was barely used previously, it has become one of the hottest themes from a Wall Street perspective. Especially in the fall of 2021 after social media giant Facebook’s rebranding to Meta, alongside its announcement to spend around $10 billion on its metaverse unit in 2021. This was considered as a turning point for metaverse awareness.

Bear in mind that this is just an example of a company devoting its resources to the metaverse. At this moment in time, there is a lot of news coverage on this concept and there are a lot of investments being made in consumer hardware, content, ecosystems, and even infrastructure to enable bandwidth for these types of experiences.

However, there is still a long way to go. In the next 3 - 10 years we will likely see the required consumer hardware, such as the VR glasses, become cheaper to foster consumer adoption. After that, we will probably see elements of revenue monetization and scaling of the platforms over a longer term.

Figure 2: Meta patent filing showing a ‘wearable magnetic sensor system’. Meta hopes to use tiny human expressions to create a virtual world of personalized ads as one way to cash in on the metaverse.

Despite the difficulty to sketch a clear picture of the metaverse, research analysts’ estimates of market opportunities range from $800 billion to $12 trillion. It is no wonder, then, why many companies and investors are scrambling to gain a foothold in the emerging digital ecosystem.

Provided that we are in the beginning of the investment cycle, it is too early to determine winners and losers. However, as I mentioned before, one of the core elements in Web 3.0 is this decentralized web which contrasts with Web 2.0.

Whereas centralization allowed a few companies to grow rapidly in Web 2.0 with some of the largest public companies still existing today, it is interesting to see whether that same development will materialize in Web 3.0. Namely, If decentralization stays at the core of Web 3.0, it will remain debatable whether there will be large-scale winners or if there will be a greater proliferation of smaller winners.

Whether the metaverse is overhyped or will be the next big thing remains subjective for the time being. However, some concerns are worth highlighting. For instance, will the broader use of this virtual world decrease the physical movement of people causing physical health issues? Will this actually make people actually happier or will they suffer from mental health issues due to less ‘physical’ interaction with people? What happens if you get harassed or bullied by some anonymous character in the virtual world?

Most of these concerns are difficult to address now, but what can almost be said with certainty is that this world will be a regulatory minefield. There is obviously a lot more regulatory scrutiny of the internet today than there was a couple of years ago. Nonetheless, there still exist many privacy- and content-related issues as well as antitrust regulatory issues which are all problems that regulators struggle to resolve in Web 2.0. Therefore, it is inevitable that regulations will play an even bigger role in Web 3.0 where the platforms will have to be closely monitored.

Conversely, the metaverse might bring along appreciable opportunities. Given that we live in an era where we have plenty of computing power and many creative minds, the metaverse could open exceptional economic opportunities in the next 5 - 10 years which can change the world.

The possibilities can be endless. The combination of virtual reality and mixed reality opens the door to a wide range of daily use cases and domains, including education, entertainment, manufacturing, health care, collaboration, sports, and more. Think about for example the opportunities that arise for people that cannot afford certain in-person experiences, which they now can in a virtual or AR world. I find that fascinating.

Evidently, one might argue that the physical experience is incomparable to a virtual experience. However, instead of either the real world or the virtual world dominating the other, I personally believe that a hybrid set-up could be realized in which both worlds can co-exist, but now with more people being able to participate.