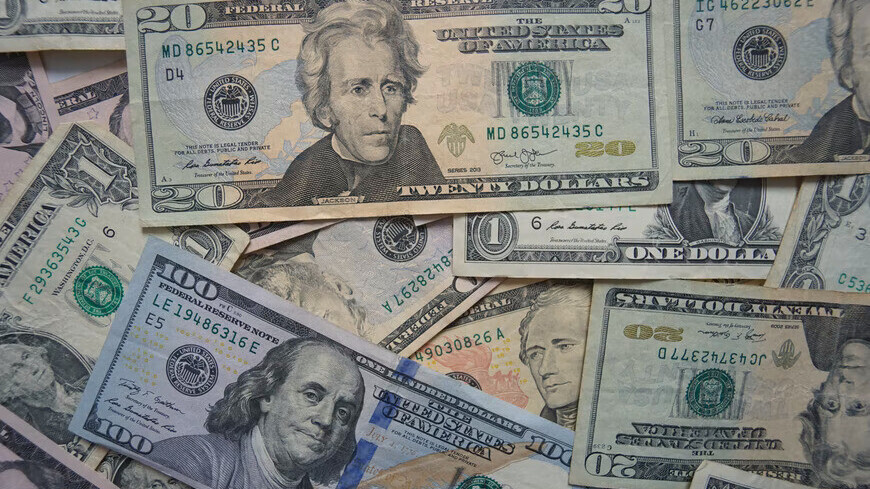 Around this time last year, the rise in overall prices started to become increasingly evident. Today, in Europe and the U.S. we have inflation rates that haven’t been observed since the early 1980s. Supply chain disruptions partially caused the rise in general prices. However, central banks’ loose monetary policy was the most important factor that led to rising inflation.

A mild inflation is necessary

A moderate rate of inflation is an undoubted prerequisite for long-term economic prosperity due to two main reasons.

First, as consumers expect prices to rise, they choose to purchase a good or a service now rather than to pay a higher price for it later. This process stimulates demand and as a result businesses have an incentive to produce goods and services. Successful entities then expand, hire new employees, and increase salaries. On the other hand, increased purchasing power drives up demand which stimulates inflation. Such a process forms the classic economic cycle.

Second, a light inflation simply prevents deflation. When a general decrease in prices, known as deflation, occurs, consumers have an incentive to delay their purchases as they expect prices to drop further in the foreseeable future. If deflation persists businesses will lower supply to accommodate for the decreased demand. In the long run that results in job losses, drop in purchasing power, lower consumption and ultimately – to a deflationary spiral.

As a rule of thumb, a yearly inflation of 1.5%-2.5% is considered healthy. In addition, such a mild rate is generally unnoticed by the ordinary consumer but is still adequate to fulfil the aforementioned requirements. When central banks print money they essentially inject cash into the economy, stimulating inflation. However, an excessive level of money supply could easily drive inflation out of control.

The process behind money printing

To understand what happens when central banks loosen the reins, one should first get familiar with the process of money printing.

Central banks could steer monetary policy through various ways. When the aim is to stimulate economic growth, which was the case during the pandemic, central banks engage in a process known as quantitative easing (QE). During a QE, the main objectives are to provide liquidity to the economy and drive down borrowing costs.

One of the most pivotal ways in which central banks engage during a QE is through a process known as open-market-operations (OMOs). In an OMO a central bank, such as the Federal Reserve, influences the supply of money through the purchase and sale of government bonds on the open market.

Let’s illustrate an OMO with a simplified example. Imagine the financial system of country X consists of a single commercial bank called “T Bank”, and a central bank. The assets of T Bank comprise $100 million in reserves, $250 million in government bonds, and $500 million in loans.

Figure 1: Assets of T bank before intervention of the central bank

Figure 2: Assets of T Bank post-intervention of the central bank

Assuming the economy of the given country consists of more than one commercial bank, which is a reasonable assumption, the money supply multiplier effect starts to play a role. In such a case, a unit of currency printed by a central bank results in more than a unit increase in money supply.

The term “printing” refers to the fact that the initial $100 million that the central bank used to purchase bonds came out of nowhere. While central banks are also responsible for determining the amount of physical bills printed, most of the money they inject in the economy are not physical but digital. In fact, the physical money in the U.S. economy makes up for only 11% of the total money supply.

Why is printing an issue?

In the figure below, it could be observed that the M1 supply prior to the pandemic was worth $4 trillion USD. That number quadrupled within the span of a year, while today supply is at a record high of $20.69 trillion USD.

Figure 3: Historical graph of M1 supply – the most liquid bit of money supply

Source: Board of Governors of the Federal Reserve System (US)

To put it simply, the most critical problem with printing such a colossal sum is that this amount leads to the creation of unsustainable wealth. Usually, the rate of increase in production output should somewhat coincide with the rate of money supply. However, at this moment in time it is unthinkable to assume that production output could keep up with such a rate of printing. A couple of consequences arise from the disconnection between money supply and production output.

First, when all of a sudden too many households and businesses find themselves with excessive levels of purchasing power, money loses value. This is due to the fact that newly created money chases the same amount of goods and services. Consequently, inflation rises.

The U.S. is experiencing the highest inflation rate since the 1980s. Back then, a fierce instrument was used to stop rising prices. Paul Volcker, the Fed’s chairman during that period, pushed funds rate to 20%. Consequently, indebting became unaffordable, consumption dropped, and businesses stagnated. At the end, inflation was harnessed but with the price of a recession.

Today, it seems increasingly more likely that if inflation continues rising, Jerome Powell, the Fed’s current chairman, may have to follow an aggressive approach and push interests up with a couple of percentage points in the next few years.

Second, as mentioned above, the more money chasing the same amount of goods, the higher the inflation. In addition, a similar statement could also be made in regards to the equity market. Individuals and financial institutions used a large portion of their newly printed wealth to invest in U.S. equities. Accordingly, demand for equities rose, and stock prices inflated.

Figure 5: The Buffett indicator. This is the ratio of total value of all U.S. publicly traded equities to U.S. GDP.

Today, Nasdaq and NYSE together have a market cap of over $40 trillion USD. Moreover, there are many companies with odd valuations, to put it gently. For instance, Rivian, an EV start-up that made its IPO last year, has a market cap of $36 billion USD. That is over a third of Volkswagen’s market valuation. The company is also among the top traded stocks on commission-free apps such as Robinhood and Etoro.

The stories of entities such as AMC and GameStop are other examples of what happens when everyone finds themselves with loads of cash. Unless such organizations are well on their way to become industry-leaders, they should be deemed as tremendously overvalued.

The effect of expansionary monetary policy has successfully aided households, private and public industries during the pandemic. Nonetheless, the long-term negative consequences of such a loose policy are already being felt. If inflation continues rising, provoking a recession may well become the only way out.