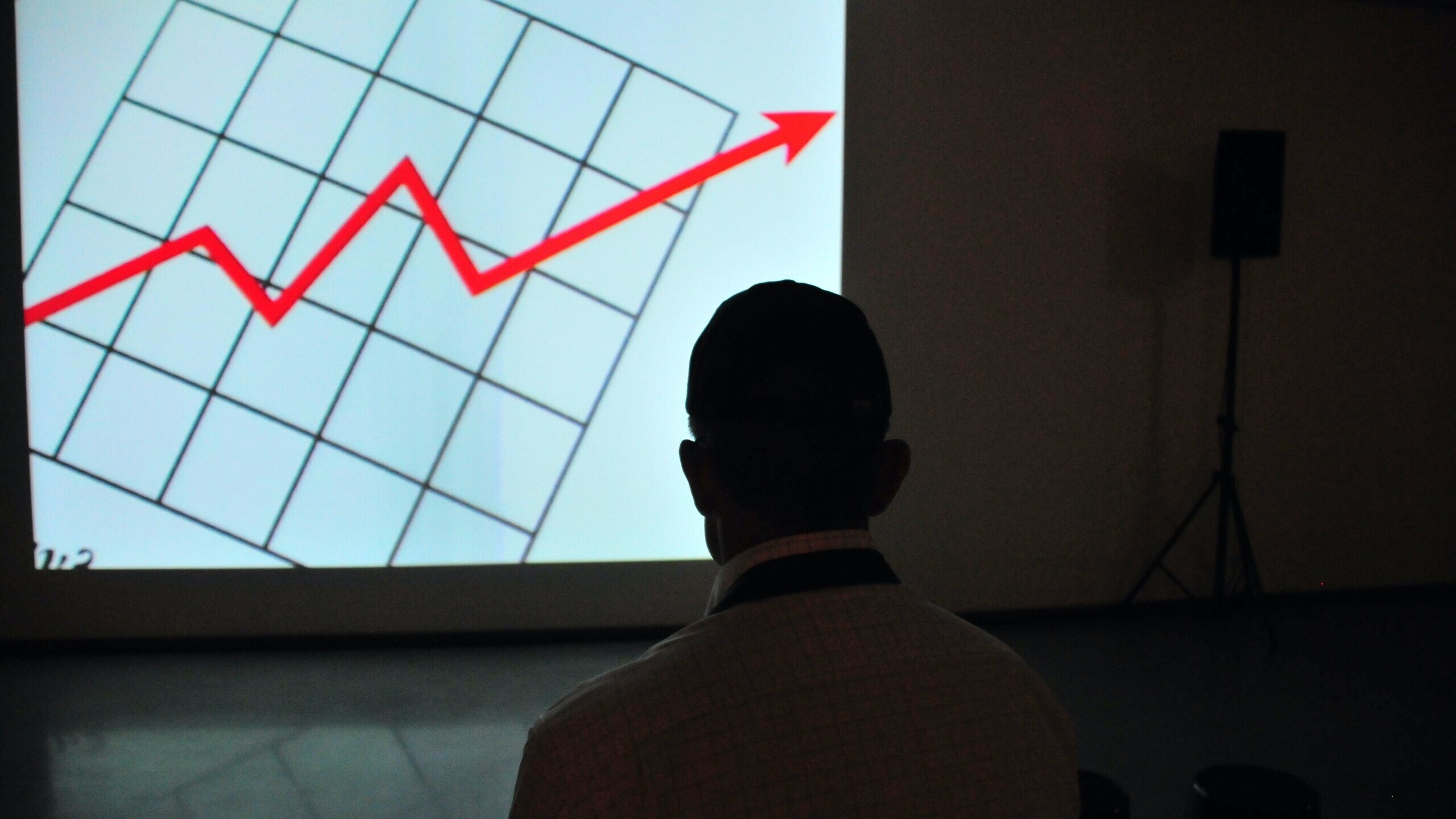 The International Monetary Fund (IMF) projects the 2022 inflation rates to be 5.7% in advanced economies and 8.7% in emerging and developing economies. As a result of Russia’s invasion of Ukraine, energy and food prices have raised significantly, exacerbating worldwide inflationary tensions. As of now, stagflation – persistent high inflation coexisting with aggregate demand – seems to be a global issue. Noticing the negative consequences the inflation rate has in the current situation, is inflation more than ever necessary for economic growth?

How inflation and economic growth are measured

Before discussing the effect inflation has on economic growth, it might be useful to understand how these two are measured. There are different ways to measure inflation. The most used and well-known indicator of inflation is the Consumer Price Index (CPI), which is closely followed by participants of financial markets, policymakers, businesses, and consumers. The CPI measures the percentage change over time in prices paid by consumers for a basket of goods and services. Thus, as this index measures the change in consumers’ purchasing power, it is a key indicator when gauging inflation.

Economic growth is most commonly measured in the gross domestic product (GDP), which is the total value of all final goods and services produced by a country in a specific period. GDP figures are often adjusted for inflation, indicating the difference between nominal and real GDP. Or simply put, if the GDP was, say, 6% higher than the previous year, but inflation was measured to be 2% over the same period, GDP growth would be stated as 4% - also the net growth over that period.

When is it bad for economic growth?

You may or may not have noticed the effects of inflation yourself as we are going through it right now. Not only can consumer spending be affected, but also employment rates, government programs, tax policies, and interest rates. High inflation can signal an overheated economy. But what is meant by ‘high’ inflation? Although a formal inflation target has not been established, several economists generally believe an inflation rate higher than 2% is considered high. This type of high inflation hinders economic growth and is difficult to bring it back to normal levels. Looking at figure 1 – U.S. economic growth and inflation forecast for 2022 – it can be deduced that the higher the inflation, the lower the GDP and thus, lower economic growth. However, a relation is indeed present in the figure, it is not necessarily a causal relationship, though. 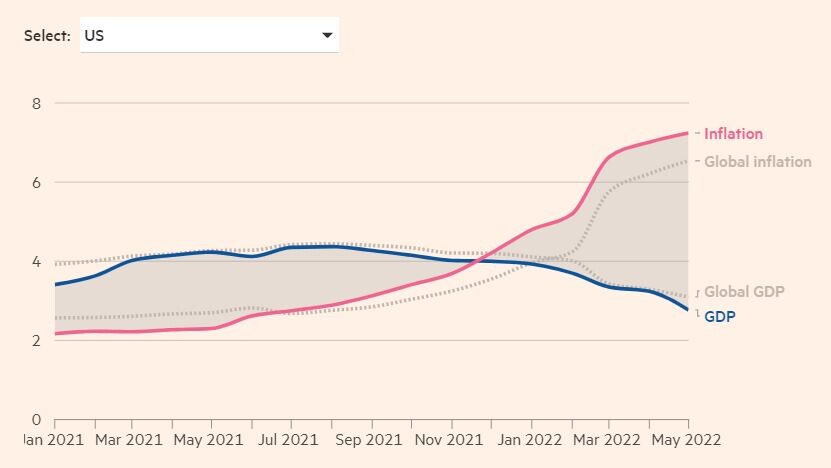 Moreover, in the most extreme case, if inflation stays elevated for a long period of time, it could lead to hyperinflation. Hyperinflation typically occurs when inflation rates exceed 50%. Inflation is high and accelerating and it rapidly erodes the real value of the local currency. Unsurprisingly, the effects of hyperinflation are detrimental to the economy and its growth.

We’ve looked at the impact high inflation could have on growth. And even though it is harmful, low inflation is not desirable either. Very low inflation normally indicates that demand for goods and services is lower than it should be. This is prone to decelerate economic growth and lower wages. One danger of low inflation is that if it continues for a long time, it provides only a small buffer against deflation. In order words, it only takes a minor shock to overturn the economy into deflation.

The implications? The prediction of falling prices delays purchases and investments. Also, due to the falling output prices and nominal wages, the profitability of businesses is hurt and the demand for labor diminishes. For households, firms and governments, it also makes debt repayments more difficult. All of this does not do a favor to economic activity and growth either.

So, is it even good?

Thus, it does not come as a surprise that inflation is bad for economic growth; too much inflation can lead to the same effect as low inflation. Is inflation even beneficial and necessary for economic growth? It was long believed that 0% inflation, or simply zero inflation, could be the optimal rate for an economy. This concept goes back to classical economics, however, it is founded upon the unrealistic assumption of a stationary economy where the productivity of labor and capital never changes. Moreover, it is feared that with zero inflation, the central banks might not be able to cut rates adequately to evade a recession.

Therefore, sometimes inflation seems to be rather necessary. Although it might not be easy, targeting a balance between low and high inflation is more optimal. In fact, moderate inflation could indicate a healthy economy. One of the benefits is that more local currency results in more spending, which corresponds to more aggregate demand. An increase in demand then leads to more production to meet that demand. In turn, this is positively associated with economic growth.

The U.S. Federal Reserve aims for inflation of 2%, believing that gradual and stable price increases encourage business activity. Both the Fed and the European Central Bank (ECB) set this target to maintain price stability – to preserve the purchasing power of the currency, and this is best achieved by aiming for the 2%. According to the ECB, price stability, therefore, generates conditions that lead to more stable economic growth and a more stable financial system.

To sum up, inflation actually is necessary for economic growth – just as long as it does not elevate too high or drop too low. The current inflation rates, though, seem pretty far from the 2% and might therefore be a concern.