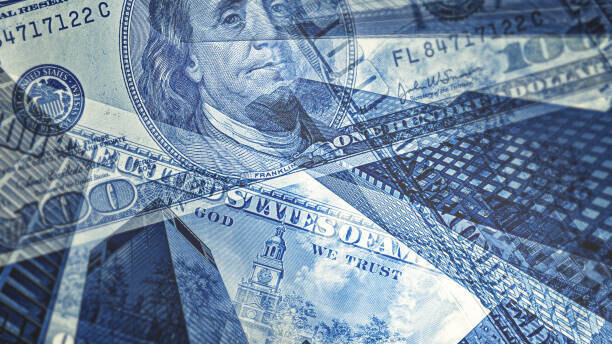 On the horizon of the world economy, analysts make some worrying forecasts about the main macroeconomic indicators that are usually mutually exclusive. World economic growth expectations have been significantly reduced, while the inflation level stays way above the target. How can this happen at the same time and what are the main drivers of this trouble?

Stagflation is a state of the economy characterized by slow growth, a high unemployment rate, and high inflation. According to Keynesian economic theory, which is widely accepted in today's world, this condition is believed to be impossible. The central determinant used by policymakers is known as the Phillips curve, developed by prof. AW Phillips. As seen in Figure 1, inflation and unemployment have a stable inverse relationship. Practically speaking, economic expansion leads to rising demand for labour and a lower unemployment rate. However, the negative aspect of the whole process is that after economic growth comes inflation. The concept of the Phillips curve was highly trusted by economists until the 1970s, when in the United States the rising inflation was followed by the surging unemployment rate,

Figure 1: The relationship between the inflation rate and the unemployment rate according to the Phillips curve.

During the 1970s, the US economy was hit in several different ways and was driven to a state of stagflation, an unknown economic condition until this point. Firstly, the US government has accumulated significant budget deficits, boosted by financing the Vietnam War and Greats Society social programs for fighting poverty and racial injustice. Moreover, in 1971 President Richard Nixon announced, technically, the collapse of the Bretton Woods agreement and from then on, all the developed economies' currencies will be on a fiat basis. Last but not least, the oil shock of 1973 had an enormous impact on the world economy. The pressure between the Western countries and the Organization of Petroleum Exporting Countries (OPEC) turned into an oil embargo. Thanks to the oligopolistic control of these countries, they purposely limited the supply of oil. As we can distinguish from Figure 2, its price almost quadrupled.

Oil is considered to be reasonably inelastic, which means that a large price increase could have only a minimal impact on demand. In addition, taking into account the relevance of petroleum-based products for every sector of the economy, the price level in the US had increased drastically.

Figure 2: The sharp reaction of the oil market. The oil price had increased almost four times in less than a decade.

Since 1973 inflation grew steadily and reached its peak of around 12% a year and a half later. There were several years of declining price level before hitting a new peak of just above 14% in 1980. During this period, the unemployment rate stood relatively high, in the range of 4 to almost 9%.

The period of the 70s was also marked by repeatedly lower economic growth. The average GDP per capita growth for the previous decade was 2.64%, whereas in the 70s it was only 0.55%.

Figure 3: The relative movement of the inflation rate and the unemployment rate during the discussed period. It is visible that they have a stable correlation, which is unconventional.

The prospects of today's economy

Although the Covid-19 crisis is almost overcome, new desperate straits loom on the horizon. Inflation in the developed world is at its highest level in the last 40 years, and the indebtedness of countries is at a point even higher than that of post-World War Two. Furthermore, the war between Russia and Ukraine is not near its end, there is tension between China and Taiwan in the South China Sea, and supply chains around the globe are not fully recovered yet.

According to the latest data, the Consumer Price Index (CPI) for August is 8.3% for the US and 9.1% for Europe. The European Central Bank (ECB) and Federal Reserve (FED) are continuing with the rise of interest rates in order to increase the cost of debt, decline borrowing, and slow down economic activities. However, tackling inflation only through the channel of monetary policy would be tricky. The reasoning behind it is that monetary contraction influences consumption and investment, which are on the demand side. Nevertheless, inflation is fuelled mainly by the supply side, especially energy commodities.

Debt-to-GDP levels are enormously high, and rising interest rates will make repayment of debt much more expensive. Besides, the US dollar is at its highest level compared to a basket of other main currencies for the last 20 years. This means that the countries that denominated their debt in dollars, have to repay more in real terms, which aggravates their situation even more. Thus, the demand for dollars through this channel increases. Furthermore, exports from the US have become more expensive, aggravating their situation. In addition, most of the main commodities are traded in dollars and, hence, the country importers of commodities have to buy dollars first, which pushes their inflationary pressure. On the other hand, the margins of American companies are shrinking since their products are more expensive abroad, and their demand goes down.

Commodities are, undoubtedly, the best-performing asset class in 2022. Sharp increases in their prices can contribute a lot to inflation spreading because of their key importance. Energy resources are used in almost every sector of the economy, from manufacturing to tourism. Accordingly, the rise of their price leads to first, the surge in production costs represented by the Producer Price Index (PPI) and then in CPI. Finally, inflation comes to the final consumers. It is clear from Figure 5 that the price of ten out of fourteen commodities has increased year-over-year. We can easily distinguish that the strongest performers are gas at Dutch Title Transfer Facility (TTF) and coals with 68 % and just above 66 %, respectively.

Figure 5: The prices of main energy sources and their percentage change for the last year for the 12th of October, 2022.

The OPEC+ alliance had its first in-person meeting in Vienna at the beginning of October since the Covid restrictions were released. The worrisome news that was announced is that they will reduce the target supply by 2 million barrels a day, as some members had difficulties reaching their production targets. This supply shock is another event that would hinder even more the fight of central banks against the raging inflation.

Capital Expenditures (CapEx) of oil and gas companies is another hot topic. They are divided into two segments. First, expenditures for maintaining the existing assets (fields and wells). Second, expenditures through which companies seek to find and develop new areas. We can easily conclude from figure 6 that the CapEx of energy companies has been steadily declining since 2015 when the Paris Agreement was adopted.

The main reasons for the shrinking of investments in exploring new fields are relatively lower prices of energy resources and the transmission to a zero-carbon economy by the developed world. The Paris Agreement from 2015 aims to strengthen the global response to climate change in the future and has a direct impact on the usage of fossil fuels. The lack of long-term investments in non-renewable energy sources could be devastating for the world economy, in case a long-lasting replacement is not found or not properly adopted. Consequently, energy commodities will continue to have an impact on both inflation and decreasing economic growth.

So, is stagflation coming? The short answer is probably yes. The upcoming economic crisis has some similar features to that of the 1970s. However, it also differs a bit in several ways. The only thing we can say unquestionably is that the looming economic conjuncture will be the most convoluted since a long time ago. It will probably take more than a couple of quarters in order to get back the CPI at the neutral level of 2% as this is the optimistic scenario. In case there is a deepening of the conflict in Ukraine or subsequent deterioration of trade relations between East and West, manifestations of inflation will hit the purchasing power of our income and savings and will worsen the business climate.