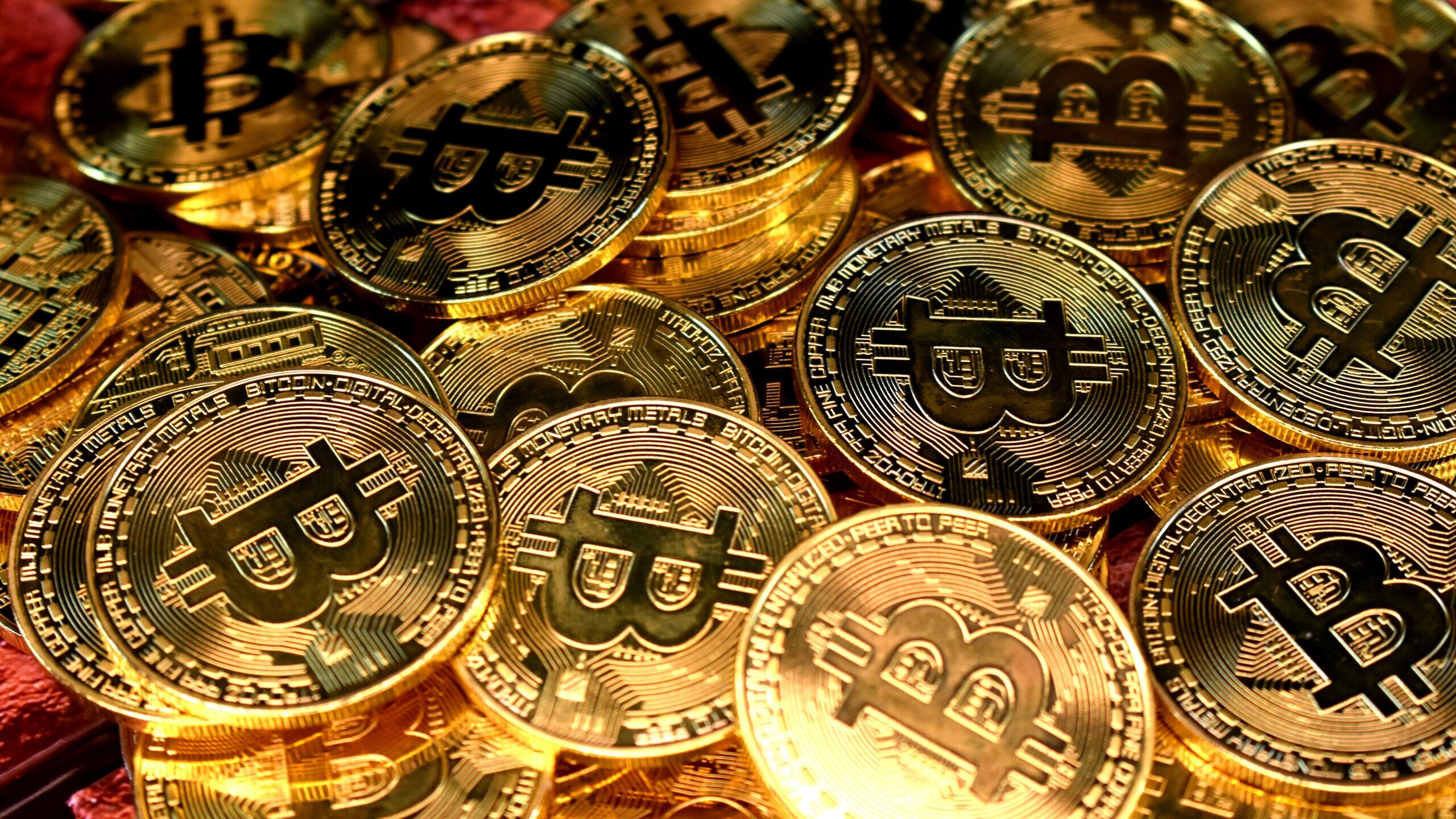 In September 2021, El Salvador became the first country to adopt Bitcoin as a legal tender. The progressive idea of ​​president Nayib Bukele has been accepted with huge skepticism by financial experts, while Bukele hoped to make financial services more accessible to the country's citizens, 70% of whom did not use banking in any form before. He strived to save millions of dollars from transaction fees for his people who receive transfers from Salvadorians in the US. However, was this experiment successful?

The process and opinions of the authorities

The whole legislative process of adoption took more than 3 months to be executed. From there on, all businesses in the country were obliged to accept payments in Bitcoin, and even taxes could be paid with the cryptocurrency. To facilitate crypto payments, the government created an app called Chivo Wallet, which allowed El Salvador residents to exchange dollars for Bitcoin without transaction fees. Furthermore, incentives for downloading the app for each household included 30 dollars in Bitcoin (around 1% of annual per capita income) and huge discounts for paying for gasoline in Bitcoin.

Still, in the pre-integration stage, the World Bank and the IMF warned El Salvador about possible macroeconomic, financial, and legal concerns they should address. The World Bank has rejected an invitation from the El Salvador government to support the process of implementation. They have mentioned that they will not assist in the process, given the shortcomings of transparency. The IMF pointed out that the country's domestic prices could become unstable given the high volatility of crypto. Although all prices are cited in Bitcoin, the volatility of goods and services will still be significant. However, the essential risk for the country is the devastation of macroeconomic stability, since households and businesses would spend time and resources on deciding which money to hold.

What has changed in a year?

It has been more than a year with bitcoin as a legal tender in El Salvador. Now might be a good time to try answering the following questions: how the adoption of the most influential cryptocurrency has been perceived by the population, and how did it change the country's financial system?

According to Figure 1, cash is still the most commonly accepted method of payment and more than 90% of businesses use it. On the other hand, Bitcoin's acceptance rate is about 20%. Only 15% of firms started using Bitcoin transactions from the beginning of the campaign, while 5% of businesses joined later.

This data hints that the government cannot convince local entrepreneurs to use this modern way of payment amongst themselves.

Figure 2: The usage of Chivo Wallet. 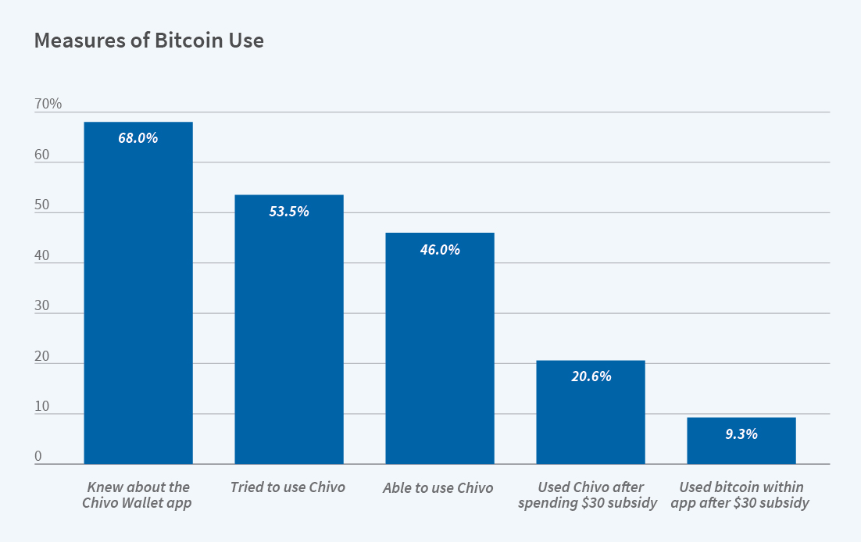 We can easily distinguish from Figure 2 that only half of the households tried to use the app in some way. Nevertheless, only about 20% of people used Chivo after spending the 30-dollar subsidy, and the proportion of people who used Bitcoin within the app after the subsidy is even lower. Still, people who use it are mostly young, educated, and already using online banking. Not the audience the government strove to reach.

A survey from March 2022, conducted by the Chamber of Commerce and Industry of El Salvador, has revealed that 86% of businesses have never made a transaction in Bitcoin.

The country also has put efforts to build a chain of national Bitcoin ATMs, aiming to increase access of people to the cryptocurrency. However, it turns out that a significant amount of ATMs are installed away from the countryside, where a substantial proportion of the population lives.

Why did the experiment not succeed?

The most essential determinant which should be mentioned is that the standard of living of people in El Salvador is relatively low. More than a fifth of the country's population lives in poverty, and only around 64% of people have access to a mobile phone with a mobile network. Hence, the most important concern of these people is to ensure their survival and their basic needs. Access to banking services, fast transactions, and transactional chargers are not critical for them.

The other reason is the crash of Bitcoin and the crypto market as a whole. Macroeconomic uncertainty and the volatility of financial markets provoked a massive sell-off of crypto.

The price of the most recognizable crypto asset fell almost 300% in a year, deleting about 900 billion market capitalization.

The high volatility is probably still the largest enemy of Bitcoin, making the average risk-averse person lean toward traditional finance.

So, a utopia of the idealists or the logical rise of the financial system?

Undoubtedly, the freedom that Bitcoin and blockchain technology provides is huge. Many young people with progressive ideas even desire to see it as a next-world reserve currency due to its similarities to gold (both are divisible into smaller quantities and both have limited supply).

However, El Salvador's experiment could not convince the financial and monetary authorities worldwide, and its citizens that Bitcoin is a real medium of exchange. Its immaturity is one of the main obstacles which will prevent its implementation in the near future. So, it is too early to consider Bitcoin as an alternative to the world financial system.